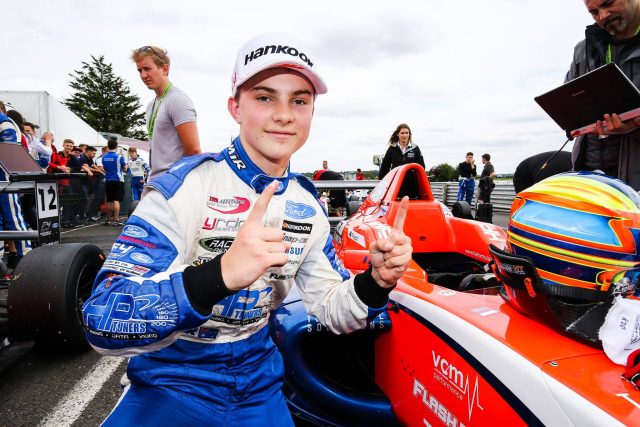 Oscar Piastri will race in the final round of this year’s Formula Renault 2.0 Northern European Cup this weekend at Hockenheim.

Piastri has been competing in the British Formula 4 Championship this year, and was confirmed as 2016 runner-up after last weekend’s final round at Brands Hatch.

The 16-year-old will drive with Arden Motorsport, which has also fielded him in British F4.

“I’m really excited to announce that I will race in the final round of the Formula Renault 2.0 NEC championship with Arden Motorsport this weekend at Hockenheim, Germany,” said Piastri on social media.

“I’ve tested the FR2.0 car a few times this year with various teams and it’s got more power, more grip and aero, and is a more physical car to drive.

“I’m really looking forward to the experience and have never been to Hockenheim before so it should be a lot of fun.”

Round five will be contested over two races at Hockenheim on October 6-7.