Brad Tilley GTHO back for TCM Bathurst round

Brad Tilley GTHO back for TCM Bathurst round 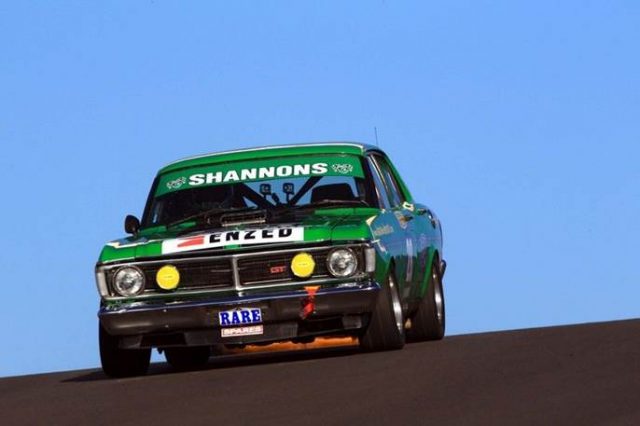 Brad Tilley’s XY GTHO is back this weekend

Brad Tilley’s XY GTHO Falcon is one of several cars set to be back on track for this weekend’s Touring Car Masters round at Mount Panorama.

The GTHO has been out of action since early 2015 after a tyre delamination caused Tilley to crash the car in pre-season testing at Sydney Motorsport Park.

The car has been extensively rebuilt in the intervening period and will have its first competitive run since at Bathurst, where Tilley took it to a race win on the Sunday in 2012.

The Sydneysider also scored the only other TCM Bathurst race win for a GTHO in 2009.

Bruce Williams has repaired his own car after incurring significant damage in a multi-car incident two rounds ago at Queensland Raceway in July.

Williams will pilot the ACDelco Torana SL/R in his first start at Mount Panorama since sharing a VS Commodore with Paul Gover in the 1997 Bathurst 1000.

“It’s been a big effort by a number of people to get ‘Tess’ back on track for Bathurst this week and I’m grateful to all that helped out,” said Williams.

“Gary O’Brien who built and runs John Bowe’s Torana did a great job to fix the chassis and Les Small his team have been putting in the hard yards over the past weeks to get Tess back on four wheels.

“Gary’s team at Bendigo Retro Muscle Cars have done a brilliant job on the repair, Tess is as good as new and I’m looking forward to getting back behind the wheel after missing the Sandown round.”

Keith Kassulke will be back in his XB Falcon Coupe, which has also undergone a rebuild since a crash of his own at Queensland Raceway several seasons ago.

Kassulke had been campaigning an HQ Monaro in recent rounds.

Andrew Fisher’s XY GTHO Falcon has a new engine for the Jesus Racing driver to also return to the grid this weekend.

Jason Gomersall, however, will sit out the meeting due to damage sustained to his Torana A9X when he went off at the end of the back straight at Sandown and hit the wall.

Gomersall himself was uninjured in the shunt, but the car will undergo its second major rebuild of the season after taking damage in the Winton pile-up in May.

Matt Stone told Speedcafe.com that the car will be back on track for the final round at Newcastle in late November.

“It’s not going to run at Bathurst; it’s a bit of an extensive repair so we’ve just got to tune it up and test it prior to Newcastle,” said Stone.

“It’s very similar to the last one,” he added, referring to the Winton crash.

John Bowe currently leads the series ahead of its penultimate round.

The 29-car field will take to the track at Bathurst for the first time on Thursday for a pair of practice sessions.