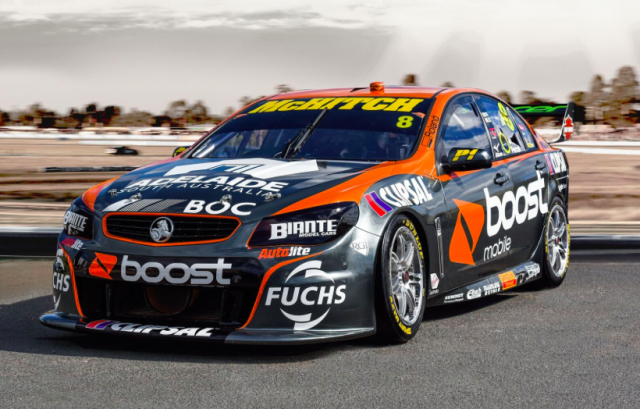 Nick Percat and Macauley Jones will race under the colours of Boost Mobile for this weekend’s Supercheap Auto Bathurst 1000.

The #8 Brad Jones Racing entry will adopt a special one-off silver and metallic orange livery for the Mount Panorama classic.

Boost Mobile becomes the latest in a line of firms to provide primary backing for the Percat Commodore this year.

The telecommunications carrier has been the title sponsor of James Courtney’s Mobil 1 HSV Racing Commodore, which will run under a similar livery to Percat and Jones this weekend.

Percat and Jones head to Bathurst after a difficult Sandown 500 which resulted in a 23rd place finish, having been hampered by a mystery vibration.

Bathurst has proved a happy hunting ground for Percat, who tasted victory on debut in 2011 alongside Garth Tander.

The South Australian finished third in 2014 before repeating the feat last year for Lucas Dumbrell Motorsport.

“It’s an exciting time for the team at Boost Mobile because you’ll see JC (James Courtney) in his Boost Mobile livery, and ours. Even though we’re competing against each other, I know we both want to be on top of the podium,” said Percat.

“Our fans are always eager to see what we come up with next, and I think everyone will be pretty excited to see this metallic Boost Mobile Commodore on track.

“Bathurst is every drivers’ favourite track.

“Anyone that knows Brad Jones and this team, knows that a Bathurst win would mean absolutely everything.

“Everyone there works incredibly hard, and after the tough year they have had, it would be fantastic to get the Boost Mobile Commodore on the podium and spray some champagne.”

The pair will begin their Bathurst 1000 campaign on Thursday when opening practice begins at 0945 local time. 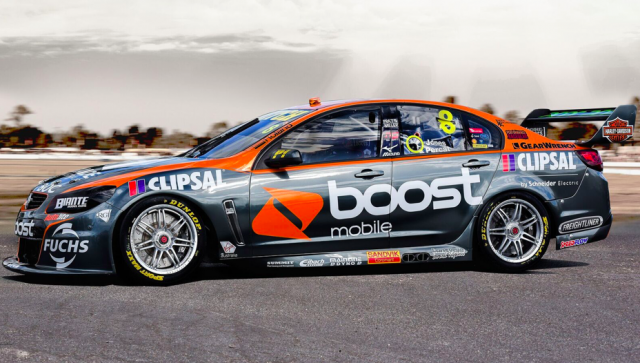