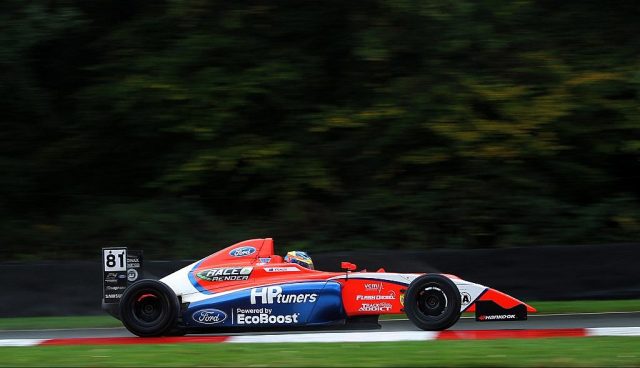 Oscar Piastri has finished runner-up in the 2017 British Formula 4 Championship, which wrapped up at Brands Hatch (GP Circuit).

Championship leader Jamie Caroline put himself out of sight in Race 1, despite having to drive out of a gravel trap at the first corner after contact with Alex Quinn.

Piastri finished fourth, while Linus Lundqvist took victory after running in front from the first corner until the end.

Quinn bounced back to win Race 3 after staving off early pressure from Lundqvist, while Piastri was again fifth.

The 16-year-old Australian finished the season second in the championship with 15 podiums, including six race wins. 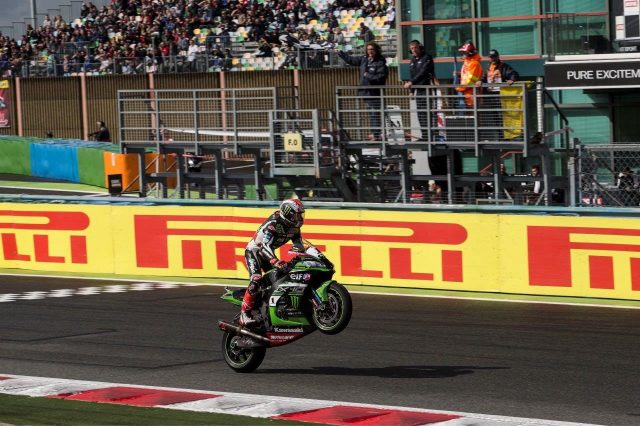 Jonathan Rea has become the first man to win the Superbike World Championship for three seasons in a row after a dominant Race 1 win in France.

On a wet Magny-Cours circuit, Rea (Kawasaki Racing Team) streaked away from pole position to win the 21-lapper by 16.3s.

Marco Melandri (Aruba.it Ducati) overcame Tom Sykes (Kawasaki Racing Team) in a late battle for second place, the latter making his return after surgery for a finger fracture following a shocking highside in the last round a fortnight earlier.

Rea failed to finish the Sunday race due to damage suffered when he hit the bike of the fallen Eugene Laverty at the end of Lap 2.

The penultimate round of the season will be run at Jerez on October 20-22. 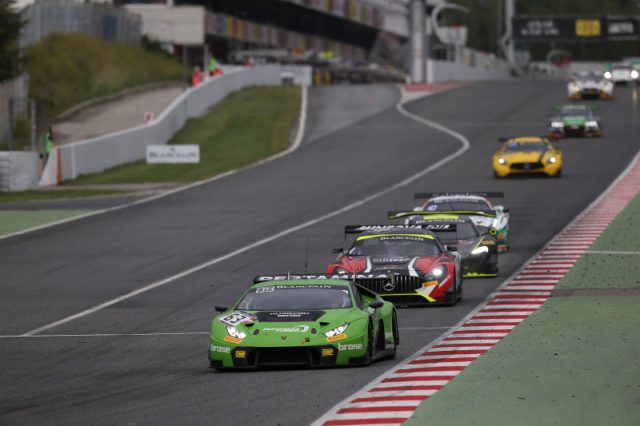 Mirko Bortolotti, Christian Engelhart, and Andrea Caldarelli have won the Endurance Cup for Drivers having finished third in the final round of the Blancpain GT season in Barcelona.

Juncadella handed over car #88 in the lead at the end of the opening stint and there it stayed, despite Frijns trying to find a way through as he got alongside Vautier at the chicane on the very last lap.

Andy Soucek/Maxime Soulet/Vincent Abril had led the Endurance Cup coming into the weekend but retired with a gearbox problem in the factory-supported #8 Bentley Continental.

Bentley Team M-Sport did, however, have enough points in the bank to hold onto the Endurance Cup for Teams.

Matt Simmons/Struan Moore/Matthew Parry did not finish due to mechanical problems caused when the #22 RJN Motorsport Nissan GT-R copped a hit in the rear early in the race. 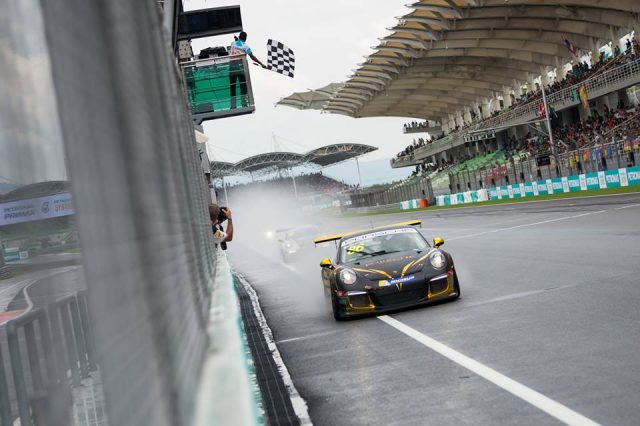 Martin Ragginger has taken over the championship lead from New Zealander Chris van der Drift by winning Round 11 at the Malaysian Formula 1 Grand Prix.

The race started under Safety Car due to heavy rain at Sepang before pole-sitter Philip Hamprecht headed the field when racing proper started on Lap 4.

Ragginger made the move for the lead on that lap and kept it for the rest of the 12-lap journey, and New Zealander Will Bamber took second on Lap 6.

Van der Drift also got by soon after to round out the podium.

Those races will form Rounds 12 and 13, supporting the World Endurance Championship in Shanghai on November 3-5. 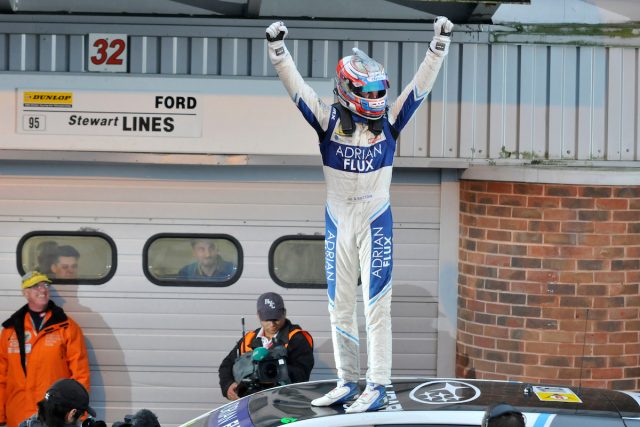 Turkington managed to win Race 2 from that starting position, cutting back into Sutton’s advantage as the championship leader finished 12th.

However, in the reverse grid Race 3 Turkington recorded a DNF due to suspension damage caused by a hit from Mat Jackson (Ford Focus ST), who had been recovering after being knocked off the track. 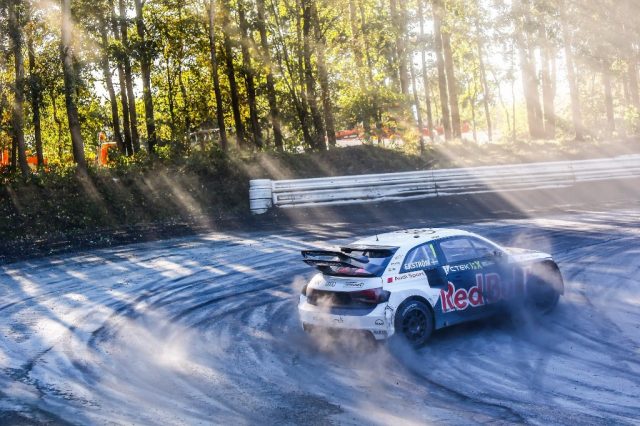 Mattias Ekstrom has won the Germany round of the World Rallycross Championship as Petter Solberg made a brave return from injury.

Solberg (PSRX Volkswagen Sweden Volkswagen) started the Estering final from pole but opened the door for Ekstrom (EKS Audi) to get through at the first corner, and the Swede led for the rest of the six laps.

Solberg dropped to fourth over the course of the final, having made the grid after suffering a broken collarbone, two broken ribs and a punctured lung just a fortnight earlier during the Latvia round.

“I had to make a lot of preparation for this weekend – we made some special armour to go under my overalls to keep the collarbone still – but all the time I was a little bit scared, just waiting for the big bang and somebody to hit me from behind,” said the Norwegian.

“I had a couple of nudges, but nothing big.

“The final was a shame – I really wanted the win, but actually what we have achieved is like a big win for me and for my family and the team.”

Ironically, Johan Kristoffersson (PSRX Volkswagen Sweden Volkswagen) missed the final for the first time this year in the first round since he sealed the championship.

The last of 12 rounds takes place at Killarney, South Africa on November 10-13.