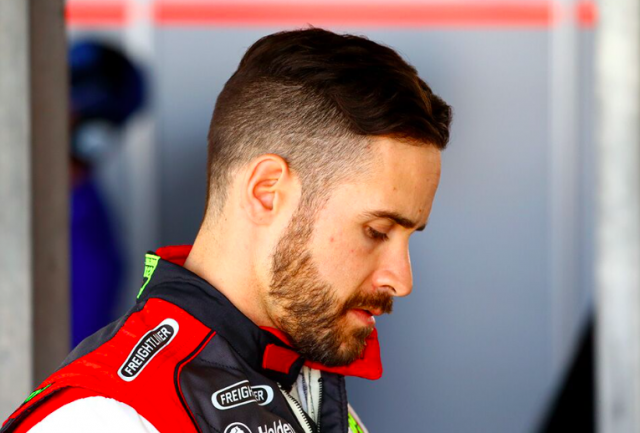 Ash Walsh remains hopeful of contesting the Supercheap Auto Bathurst 1000 this weekend as he gears up for a crucial fitness test at Mount Panorama on Wednesday.

The Brad Jones Racing co-driver’s participation in The Great Race has been placed in doubt after sustaining injuries in a high speed testing crash at Phillip Island last Thursday.

Walsh was airlifted to Royal Melbourne Hospital following a frightening airborne incident while driving a prototype sportscar at the Victorian circuit.

The Queenslander, who is set to partner Tim Slade in the #14 Freightliner Racing Commodore, was cleared of any broken bones but has suffered severe bruising around his ribs and a contusion on his right lung.

Determined to race at Bathurst, Walsh retuned to his Queensland home on Friday and has since completed physiotherapy sessions over the weekend in Brisbane.

He has postponed his flight to Sydney until Wednesday afternoon to allow for a course of hyperbaric oxygen chamber therapy on Tuesday and Wednesday morning to speed up the healing process.

“I’m obviously still bruised but I’m getting better,” Walsh told Speedcafe.com ahead of his fitness test at the circuit on Wednesday afternoon.

“The problem is my ribs are a bit banged up so I’m not going to know if they are ok until I sit in the car.

“I went to the physio straight away over the weekend and it has helped quite a bit.

“(Breathing due to the lung injury) is coupled with the sore ribs, so it hurts, but I think I will be able to deal with it, as it is just pain.

“I’m getting better every day and we will see I guess. Right now I feel that I will be good enough to be able to race, but until I sit in the car I won’t know.

“I’ve left it as a late as possible to come down to Bathurst and I’m hoping I will be able to make it, but I will need to pass a medical test too.”

Brad Jones Racing has confirmed to Speedcafe.com that it is yet to source a replacement driver if Walsh is deemed unfit to compete.