Mobil 1 HSV Racing has taken the covers off a new livery for its #22 Commodore ahead of the Supercheap Auto Bathurst 1000.

The livery will make its first appearance at this week’s Great Race and will remain on the Commodore for the remainder of the season.

Courtney and Perkins head to Bathurst having finished 10th at the Pirtek Enduro Cup opener.

“It’s certainly a great looking car, one that really pops and shines, especially in the sunlight,” said General Manager of Motorsport, Mathew Nilsson.

“Having a new livery for the biggest race of the year is always special, but it’s also great to be able to have it on the car for the remaining events in 2017.

“The business is happy to bring this concept to life for the team at Boost Mobile for Bathurst, especially after the success the team had with our Retro Round liveries at Sandown.

“We will have the design on our show car in our merchandise area at Bathurst, so be sure to head over and get a photo with it.”

Meanwhile, the team’s sister car for Scott Pye and Warren Luff will retain the Peter Brock 1994 Holden Racing Team look it ran at the Sandown 500.

The team will begin its Bathurst 1000 campaign on Thursday when opening practice begins at 0945 local time. 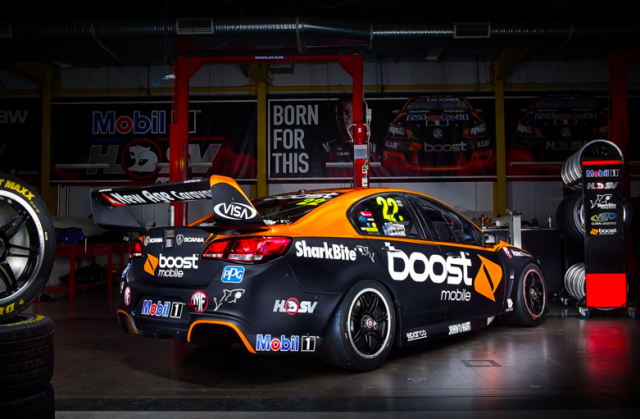 VIDEO: Look at the Bathurst livery