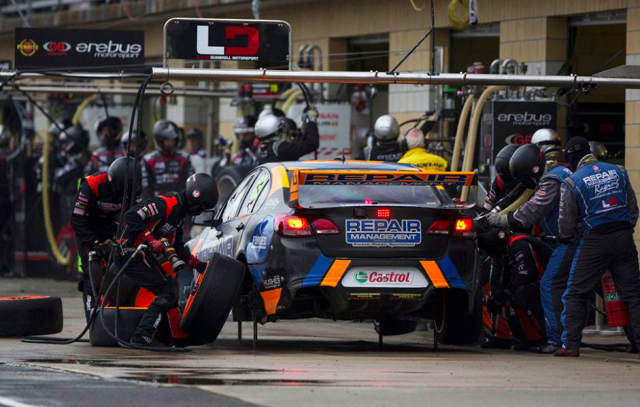 Plans for a new look Lucas Dumbrell Motorsport for next season are progressing with an agreement in principle reached for a change of ownership.

The Melbourne squad is poised to undergo a rebrand alongside a move to new premises as part of a deal which will see long-term sponsor Phil Munday take a controlling stake in the operation.

The arrangement between Munday and current team owner Lucas Dumbrell will see the latter remain as a shareholder.

Speedcafe.com understands the ownership change will require approval from Supercars.

The identity of the squad’s new name for next season is also yet to be revealed.

A move to run two Prodrive Fords to replace the current Holden Commodores it runs of Alex Rullo and Aaren Russell is being evaluated.

“It is still progressing. It is all coming together and the new factory especially,” Lucas Dumbrell told Speedcafe.com.

“We are still working through the process of how the structure is going to be and everything to do with that including cars. There is a fair bit going on.

“We (myself and Phil Munday) have an understanding and an agreement in principle. We will formalise it in an official sense.

“We are just working on getting the rest of the show together that being cars and how it is going to work and we haven’t put that into a formal agreement as of yet.

“It is more of an agreement that it will become a new team and branding and moving the RECs across and myself and Phil will both be shareholders of that.”

Dumbrell was due to meet with Prodrive last week to further discuss a possible customer arrangement for 2018.

The Ford outfit is yet to confirm its full line up for next year with speculation suggesting a reshuffle could be on the cards to accommodate rising star Richie Stanaway.

“I have been having chats with Prodrive for the last month and there was going to be a formal meeting this week but we didn’t get to it as they are still working out their position,” added Dumbrell.

Meanwhile, the team has faced a busy lead up to this week’s Supercheap Bathurst 1000 after extensive repairs were required for its #3 entry following a heavy crash that red flagged the Sandown 500 last month.

The chassis suffered heavy front end damage when a puncture led to Taz Douglas finding the Turn 6 barriers at speed.

Since Sandown, the Commodore has spent time on the jig at Garry Rogers Motorsport, before returning to LDM’s workshop to complete the rebuild ahead of Bathurst.

“Erebus Motorsport are building two new cars so their jig is flat out and they couldn’t accomodate us,“ explained Dumbrell.

“GRM did a great job. When you have to cut a rail off you would consider it to be a pretty big repair.

“You have to strip it back to bare chassis to get it on the jig. It was just a heap of work.”

The team will kick off its Bathurst campaign on Thursday when opening practice begins at 0945 local time.