Pole lap a surprise for Hamilton

Pole lap a surprise for Hamilton 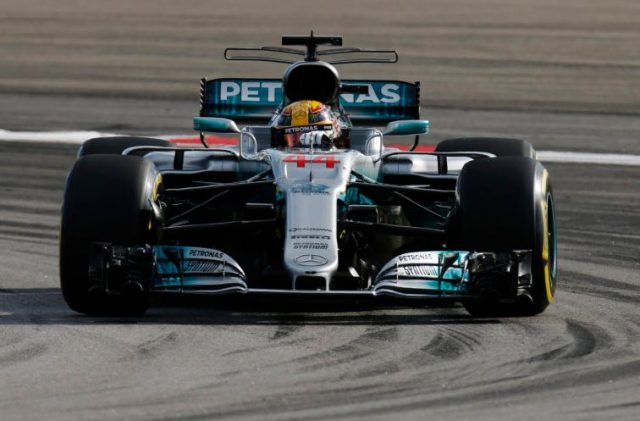 Pole position came as a surprise to Lewis Hamilton

Pole position for tomorrow’s Malaysian Grand Prix came as a surprise for Lewis Hamilton after a torrid Friday left him struggling for pace.

The world championship leader was 1.4s adrift of Sebastian Vettel yesterday but goes into Sunday’s race on pole, while his title rival starts last.

But while Hamilton’s pole bid was helped by an engine issue ruling Vettel out of contention in Q1, he still had to prevail in a closely-fought duel with the other Ferrari of Kimi Raikkonen – beating the Finn by just 0.045s.

“We had such a difficult day yesterday, difficult to know where we stood,” Hamilton said.

“I didn’t sleep very well, just like all my engineers, we didn’t know whether we would fix the issue or not.

“Today we arrived and the car was much better, still it looked like the Ferraris were a bit ahead.

“The (pole) lap was very well put together, very nice lap, I don’t really know where it came from, I surprised myself.

“So, it’s a surprise to be up here, but I am very grateful.”

Hamilton had been close on pace with team-mate Valtteri Bottas for much of the weekend, yet beat the other Mercedes man by almost seven tenths in Q3.

“Before qualifying I thought about going back to new package, times (in FP3) were similar and Valtteri was happy,” Hamilton said.

“I didn’t want a [performance] penalty, but there wasn’t enough time and there was a risk of changing the car again and maybe getting something wrong. That is why we ended up staying on it.

“I was comfortable with it, and it provided a stepping stone in terms of set-up.

“Ultimately we were down on performance, but it didn’t make much difference.”

“In FP3, we did a long-ish short run, only five laps. The car was much better position (than on Friday), but we were something like four or five tenths off the other guys.

“We will see tomorrow if that is still the case. We made some changes into qualifying that should suit the car tomorrow so I am hopeful we will be there or thereabouts.”