Whincup shrugs off Bathurst near misses

Whincup shrugs off Bathurst near misses 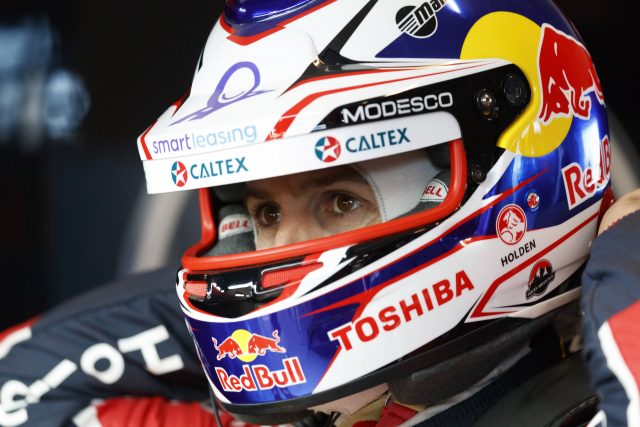 Jamie Whincup is refusing to let a trio of Supercheap Auto Bathurst 1000 near misses affect his mindset ahead of next weekend’s Great Race.

The six-time Supercars champion has been well-placed to take out the last three editions of the Mount Panorama classic only for late drama to intervene.

Whincup and co-driver Paul Dumbrell have been the pairing to beat at the mountain in recent years.

In 2014 Whincup led with half a lap remaining before running out of fuel after defying team orders, which allowed Chaz Mostert to strike.

Last year he took the chequered flag only to lose the victory following a 15 second penalty for his role in a controversial late race collision involving Scott McLaughlin and Garth Tander.

Tipped among the favourites again this year, the 34-year-old says he has forgotten the recent misfortunes in Supercars’ showpiece event.

“Everyone wants to keep talking about it but it’s the past.

“I’m just worried about what’s ahead and the cool thing is in a week, week-and-a-half’s time, there’s going to be another set of sagas and dramas surrounding The Great Race and I hope I’m involved in them.

“I hope I’m competitive and can get up there and be a part of what makes The Great Race. That’s what we’re focusing on, you don’t take pace for granted and being a contender up there for granted.

“I’m rapt I’ve been a contender (for) the last five years and I want to try to make sure I do that again this year.

“I’ve gone up there and raced as hard as I can. My strategy will be exactly the same again this year and I will absolutely go hard and try to win the race.

“It’s the one event where second means nothing, you want to win, so that’s the strategy.”

Having been denied in each of the last three Bathurst 1000’s, Whincup doesn’t believe the race owes him a result.

“I don’t expect anything. That’s my big thing in life, nothing is for free and no one is entitled to anything; you get what you work for,” he added.

“We’ve worked hard up there (for) the last five years (but) so have a lot of other people though, and I’m proud that we’ve been in contention.

“I’m proud that we’ve been a part of what’s made up The Great Race for the last five years, and I just hope we can do that again this year and be in contention.”

Despite the heartaches, the aura of Mount Panorama is not lost on the four-time winner.

This year he heads to Bathurst firmly in the title race just 84 points adrift of championship leader McLaughlin.

“It’s such a long week; you go up there, you grind it out, and you’ve just got to be there at the end.

“You know you’ve done a good job to get to 20 (laps) to go, and then if you’re somewhere up the front (and) you can race it out, that’s a great feeling.

“Some of the battles have gone my way, some of them haven’t. I’m grateful for all of them and I’m just pumped (that) we can do it all again next week.”

Opening practice for the Bathurst 1000 begins next Thursday at 0945 local time.