Walsh in doubt for Bathurst after testing crash

Walsh in doubt for Bathurst after testing crash 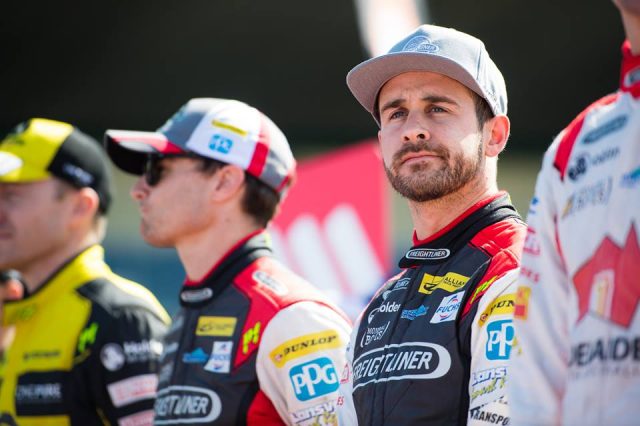 Ash Walsh is in a race against time to be fit for next week’s Supercheap Auto Bathurst 1000 after suffering a frightening crash while testing a sportscar at Phillip Island.

The Brad Jones Racing co-driver was airlifted to Royal Melbourne Hospital after suffering an airborne crash at Turn 1, while driving an unspecified prototype vehicle at the Victorian circuit yesterday afternoon.

Walsh, who is set to share the Freightliner Racing Commodore with Tim Slade, has been cleared of any broken bones but has suffered a contusion on his lung and severe bruising.

He has been discharged from hospital and is now recovering at home in Queensland after undergoing a check up in Brisbane today.

The 29-year-old remains hopeful he will be deemed fit enough to race the #14 BJR Commodore next week.

“I want to race and I will be doing everything in my power between now and then to be ready,” Walsh told Speedcafe.com.

“At this point it is not clear and too early to tell, but I definitely want to race.

“It is a bit of a race against time at the moment.

“I had an off at Turn 1 and I ended up flying through the air before eventually rolling over four times.

“I was airlifted to hospital because they initially thought I had broken one of my legs.

“I had pretty severe back pain and rib pain but I have no breaks so I’m pretty lucky.

“I have just got a contusion on my right lung and very severe bruising everywhere and whiplash.

“They (the doctors) were concerned by some breaks but I have had a CT scan and X-Ray and it doesn’t look like I have any, so fingers crossed that is accurate.”

Team owner Brad Jones says the squad will make a decision regarding Walsh’s participation at Mount Panorama later next week.

“We are hoping Ash will be ok, he has no broken bones,” Jones told Speedcafe.com.

“We are going to wait until later next week and monitor his progress over the weekend, and then we will make a decision closer to the race as to how we are going to handle it.

“I have no idea who we would use to replace him at this point in time, but our first thoughts are to try and help Ash recover as quickly as possible.

“We have had a talk about (possible replacements) but we are pretty confident he will be ok.

“Obviously we have been thinking about drivers but I haven’t called anyone yet.”

As previously reported, the squad will shakedown its newly built #21 chassis for Tim Blanchard and Todd Hazelwood today.