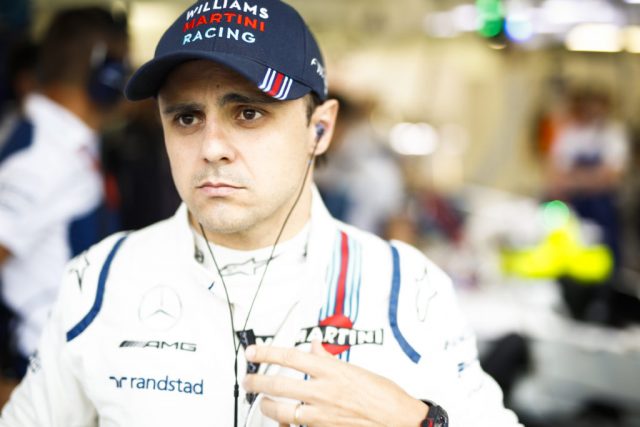 Felipe Massa hopes to learn his Formula 1 fate soon as Williams looks to lock in its driver line-up for 2018.

The Brazilian is currently awaiting on Williams deciding if whether or not it will keep him on for 2018, though the team is in no hurry as a number of drivers vie for the role.

Massa received a last-minute reprieve for 2017 after the team called him back at the eleventh hour, though the 11-time race winner has made it clear that this time he won’t be the team’s safety net.

However this time he faces opposition from reserve driver Paul di Resta, who substituted capably for an ill Massa at the Hungarian Grand Prix, Renault refugee Jolyon Palmer and even Robert Kubica.

“I don’t want to arrive maybe in the last two races not knowing about my future,” Massa said.

“I will not wait until December,” he added. “I hope it would be in the next weeks.

“So we will wait and see what’s going to be the decision and I hope it will be soon.”

In order to remain with the team, Massa has demanded a number of changes geared at reversing the team’s trend in recent seasons to fall back as the year progresses.

“I want to have definitely a better car,” Massa responded when Speedcafe.com asked what it would take from the team to retain him for 2018.

“I want to have definite opportunities to fight and to work as, you know, improve in the right way.

“The last three years we see how the cars start and how the car finish, it was not great. It was like going backwards.

“It’s easy to look at the position in the championship and say he did a good job or not.

“But this year I had great races – even in Russia I was sixth, easy, and then I had a puncture.

“In Barcelona I did a fantastic start, I passed the car I was supposed to overtake and then another car touched me in the corner and I had a puncture – It would be a race that I could finish in the top five easy. Baku I could even win the race!

“The points I have is not realistic due to the points I’m supposed to have for what I was doing for my driving point of view,” he added.

“At the end I am happy with what I’m doing. Unfortunately we had some unlucky races that we couldn’t have the points what we is supposed to have, but for sure the team knows that.”

Dumped by Renault in favour of Carlos Sainz for 2018, Palmer is one of the drivers who has been trying to secure the Williams seat alongside Lance Stroll.

Fresh from his first points-paying result of 2017 in Singapore, the Englishman is well aware that he’s currently racing for his Formula 1 future.

“As far as I can see there’s one seat; there’s a few drivers going for it, whatever you want to make of that,” Palmer reasoned.

“I’m not going to put anything on it, really. It’s just me doing the best I can and see what unfolds.”

With six races remaining, and no guarantee of landing the drive with Williams, Palmer admitted he’s exploring options outside of Formula 1, though wouldn’t be drawn on exactly what those might be.

“I’ve always said that I prefer wheel to wheel racing,” he explained.

“It’s one of the options out there, you have to see what become available, but I’d prefer the wheel to wheel racing for position.

“Outside of F1 there’s a lot of places to go and race. Indy’s one of them, but I’m not saying it’s a preferred option or not, it’s obviously just quite different.”