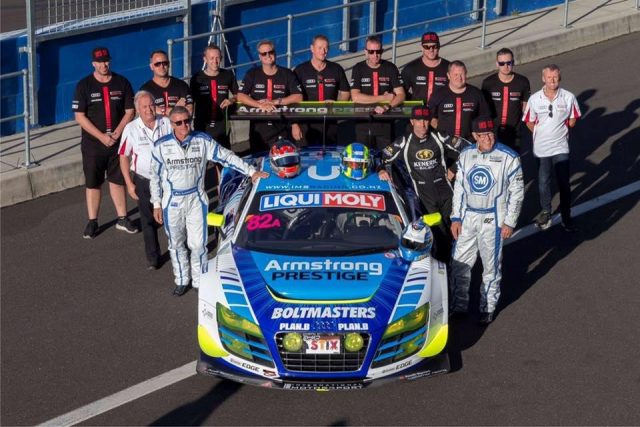 International Motorsport says that it is close to finalising a three-car effort for next month’s Hampton Downs 500 in a precursor to a possible Bathurst 12 Hour campaign.

John Udy and Michael Scott will share an ex-SuperGT 2012 model Audi R8 LMS for the next round of the Australian Endurance Championship, with two other entries as yet unconfirmed.

The Auckland-based race team has advised, however, that it is close to signing “a couple of world class Kiwi drivers” for the other cars.

It is hoping to also compete in the AEC’s final round at Highlands Motorsport Park a fortnight later.

“The plan is to make it to Highlands as well but you never count your chickens in motorsport.

“It’s still four weeks out from the event and motorsport can be a cruel mistress sometimes.”

Udy, who has previously partaken in drifting, says that he was inspired in part by the exploits of another drifter in the form of ‘Mad Mike’ Whiddett.

“I think the drift guys are often underestimated in terms of their driving ability,” says Udy.

“Mike showed last year that the fundamentals are there and I was really impressed at how quickly he got to grips with circuit racing.

“I’ve a little bit more experience than him on the track so hopefully, I’ll go alright.”

Williamson hopes to draw experience from the AEC starts for a tilt at next year’s Liqui-Moly Bathurst 12 Hour, which has already drawn more than 40 entries.

“The two Australian GT events in New Zealand will be a great litmus test to see where we’re at,” he explained.

“It also gives the drivers a chance to test themselves against a lot of the guys they’ll be racing against at Bathurst.”