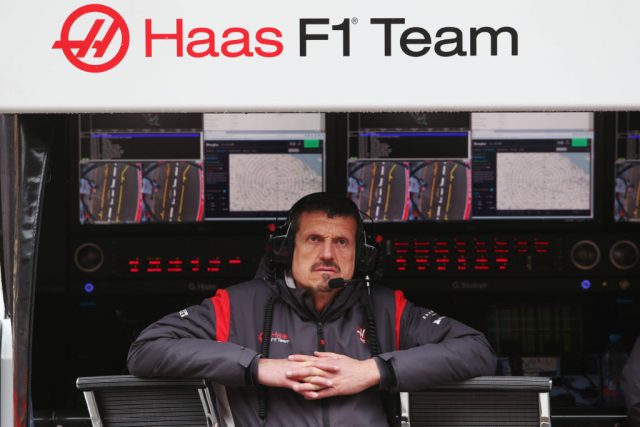 Haas F1 Team boss Gunther Steiner is the latest to throw his support behind the introduction of a budget cap into Formula 1.

Joining the sport at the beginning of 2016, Haas F1 Team has run competitively in the midfield courtesy of purchasing Ferrari power trains and running gear in an attempt to keep its costs under control.

The cost of competing in Formula 1 is not lost on its new owners, with Liberty Media now looking at ways to level the playing field by introducing some form of cost control.

Though nothing has yet been agreed, Steiner is hoping talks will develop quickly to enable him to start planning a recruitment drive for his squad to help it move up the grid.

“I think we have got a little bit of time but I think rather sooner than later we get proposals and we start to talk about this so we can start to do our plans for the future, what we want to do,” he said.

“For us, it would be crazy now to hire 200 people and the say hey, we cannot use them anyway because now we need to get rid of them.

“Maybe the first step could be taking in ’19 – ‘18 it’s too late – to make the first step so whenever the new contracts are done for ‘21, that is part of the contract and we have made our first moves already.”

Having lost three teams in recent seasons, and with the grid currently at just ten teams, Steiner is concerned that a growing gulf between the front and the back could drive investment out of the smaller teams.

“Something needs to happen otherwise the gap will just grow bigger and then there is a point – why the hell am I here?” he quizzed.

“You don’t travel around the world having fun, finishing, knowing you never can make it.

“I hope that Formula 1, in general, agrees to that we get the field close together and we keep it more interesting, for the sake of the fan and the sport, because otherwise how can we grow the fanbase?”

Standing in the way are teams like Ferrari, which has a veto, and also enjoys additional payments from the commercial rights holder owing to its value to the sport.

McLaren, Mercedes and Red Bull also enjoy similar payments, though McLaren boss Zak Brown stated he’d be prepared to forgo it in the interests of securing the sport’s future.

The concern, however, will be that the leading teams will have an advantage eroded, a point which could see the move blocked early.

“They will for sure try to keep some advantage, but for them spending the amount of money they are spending – if the investment is not worth the expense at some stage all good things have an end,” Steiner reasoned when asked if the bigger teams could scupper the proposal.

“It’s negotiation skills, but if you bring the field together, somebody who does a good job could stand out and get to there.

“Maybe not every year but at least the gap wouldn’t be two seconds between third and fourth.

“But you cannot blame the big ones to do what they are doing because they can,” he surmised.

“I think the sport itself needs to interfere and I think Liberty will bring some proposals, hopefully soon.”