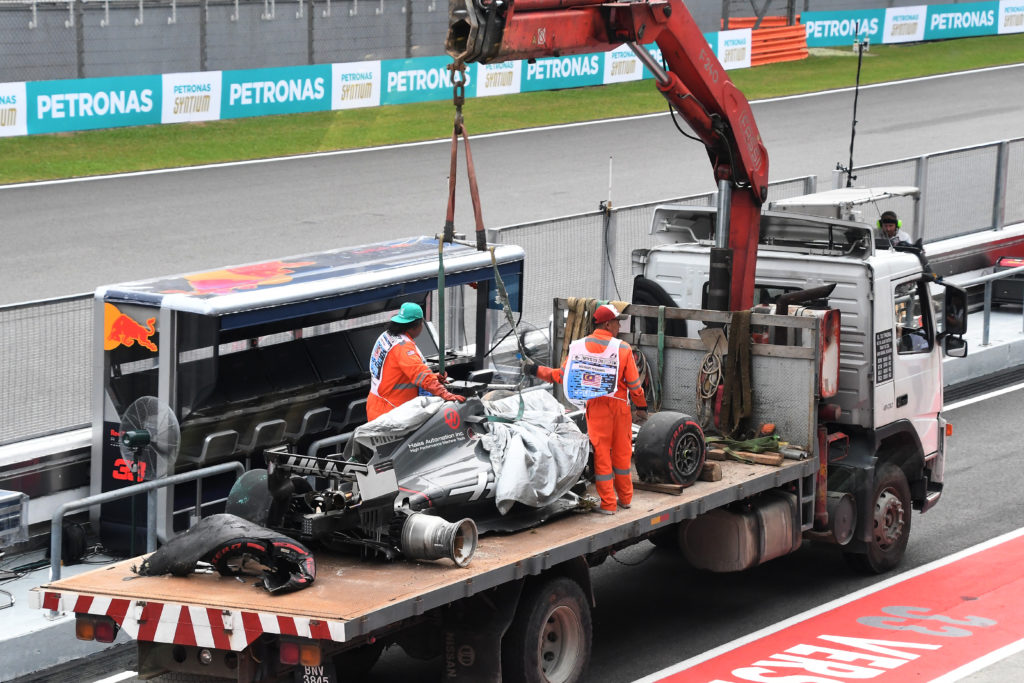 Officials at Sepang will inspect the entire circuit this evening after a grate worked loose and saw Romain Grosjean crash out of practice for Sunday’s Malaysian Formula 1 Grand Prix.

Grosjean clipped a loose grate late in the second practice session, pitching the Haas into a spin as the right rear tyre was plucked from the car.

Replays showed the steel grate working loose as Valtteri Bottas drove over it before Kimi Raikkonen’s Ferrari appeared to lift it out of the ground.

“I spoke to Charlie Whiting, ­­because the lateral g-force the car generates was too much for the grating, it weakens the screws from the bottom,” Sepang circuit boss Razlan Razali told Speedcafe.com.

Officials attempted to enact a temporary fix to allow the support categories to complete the day’s program, though track activity was eventually cancelled altogether.

“For the rest of the day we shall concentrate on that,” confirmed the FIA’s Charlie Whiting.

“So we shall re-weld where necessary and then tonight we shall check everything. We have to get it fixed for tomorrow.”

It’s understood the grating, which lifted at the penultimate corner and triggered Grosjean’s crash, encompasses the entire circuit.

However, with limited data available, it’s unclear how much strengthening will need to be done overnight to the grating to ensure there is no repeat of Grosjean’s incident.

“There’s no hard and fast rule on how they’re going to measure – I mean you can secure it and (not be able to) lift it up with your hand, but is that good enough? We don’t know,” admitted Razali.

“The question is whether the rectification is enough?

“It’s not great, it’s not safe, it may be dangerous.

“So we do the best we can and do the asset inspection tonight and see what happens.”