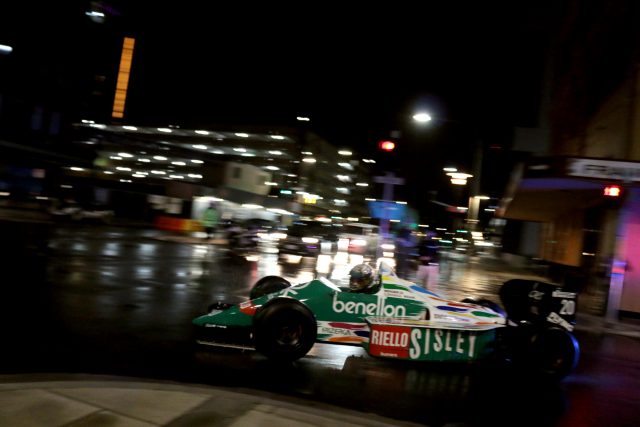 Cameron Waters behind the wheel of the Benetton B186

A trio of Supercars drivers jumped behind the wheel of classic Formula 1 machinery for a special run through the centre of Adelaide last night.

Three F1 machines took part in a demonstration run through the South Australia capital which was part of a video shoot to promote the upcoming Adelaide Motorsport Festival from December 9-10.

The trio were joined by two-time Bathurst 1000 winner John Bowe in a Holden A9X Torana and three-time World Superbike champion Troy Bayliss, who was aboard a Ducati Superbike.

The demonstration was held under police escort.

The Adelaide Motorsport Festival, which uses sections of the old Adelaide Grand Prix circuit, takes inspiration from the famous Goodwood Festival of Speed which celebrates all forms of motor racing.

A release of the promotional video is expected next week.

VIDEO: F1 cars take to the streets of Adelaide