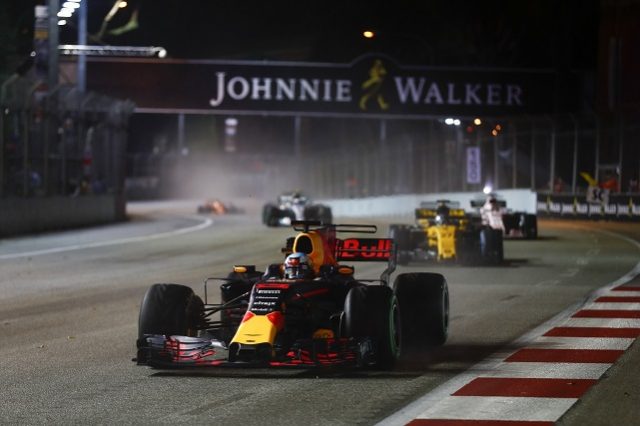 Red Bull Racing’s parent company quadrupled its payment to the team during 2016.

The team had realised poorer results in the two seasons prior to 2016, falling from constructors’ champions in 2013 to runners-up in 2014 and fourth in 2015.

Red Bull Racing also split with then-title sponsor Infiniti at the end of 2015, a development partially offset by picking up TAG Heuer branding for its Renault engines.

The team made a small profit overall last year, although that figure was down on its margin from 2015.

Red Bull Racing generated a turnover of £197 million in 2016, nearly all of which was spent on its F1 programme.

It earned a combined £197,949,000 from outside sponsorship, prize money and bonuses from the F1 organisation, as well as payments from its ultimate parent company.

After taxes and expenses it registered a profit of just £385,000.

Spending rose in 2016 in part due to the two grand prix victories for Max Verstappen and Daniel Ricciardo, and a return to second in the championship, which generated increased success bonuses for staff.

The team’s true financial situation is hard to compare with rivals because Red Bull Racing, in effect the race team, itself only employs 58 people.

Design, production and engineering is carried out by immediate parent company Red Bull Technology Group, which employs a further 700 people and also supplies services to Toro Rosso and outside projects such as its collaboration with Aston Martin on its Valkyrie hypercar.