Loeb believes he would still be competitive in WRC

Loeb believes he would still be competitive in WRC 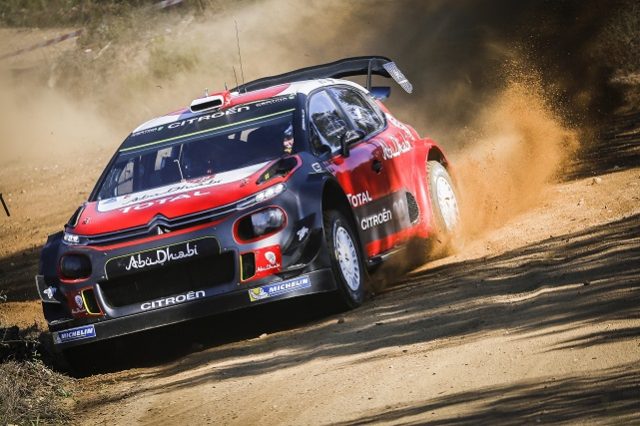 Sebastien Loeb believes that he would still be competitive in the World Rally Championship despite having been out of a full-time drive for nearly five years.

Loeb tested a Citroen C3 on gravel for the first time last week, his first outing on that surface in a current-specification World Rally Car, and gave a positive self-assessment.

“The feeling was quite good and it came quite quickly. I feel comfortable in the car.”

However, the Frenchman maintains that his focus is the World Rallycross Championship.

He intends to stay with the Peugeot-Hansen team in World RX if it can turn its 208 into a challenger to the Volkswagen Polo GTI that has dominated this season with Petter Solberg’s PSRX team.

“If we continue the rallycross then we try to make it seriously,” Loeb told Autosport.

“Volkswagen came this year with a high level because they used their experience and their car from last year; this car was developed with the WRC budget during a few years.

“Now they (PSRX) don’t need a lot of budget, they take the World Rally Car, adapt it to rallycross and that’s it.

“The cars we have are good, but maybe not at the level of WRC.

“If we continue then we try to improve the car.

“We have a few ideas of what we have to do to reach the level of Volkswagen. I don’t know if it will be possible, but we have to try.

“If we do this then, for sure, this would be my main programme (next season) and this is what I’m hoping for at the moment.”

However, Loeb added that he could still “do a rally or two” alongside World Rallycross.

The 43-year-old hopes that one would be the WRC season-opener in Monte Carlo, despite its proximity to the Dakar Rally which he is contesting with Peugeot.

“Sure, the Monte Carlo Rally would be interesting,” said Loeb.

“It’s one of the rallies where I have a good feeling and I always enjoy it, but it’s complicated with Dakar.

“We finish Dakar on the Saturday and the recce for Monte starts on the Monday.

“It would be really short (preparation time) and not the best way to start. But it is possible.

“At the moment there’s no plan to do more with Citroen.

“I had opportunities to test on gravel and Tarmac and I did this; it’s nice to get some sensations from rallying again and to bring my experience to the team.

“Why not another test? At the moment I am quite busy, but we will talk and decide what to do for the future.”