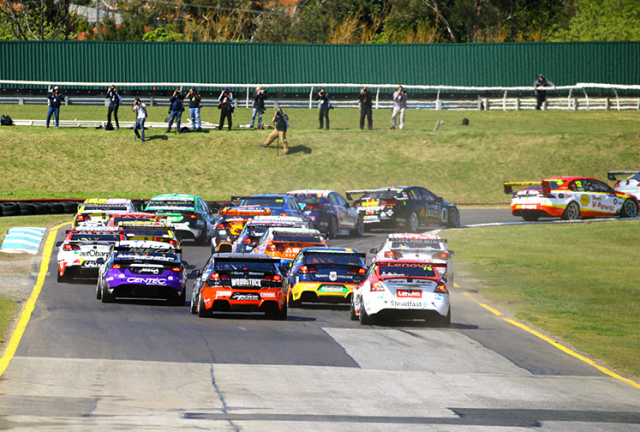 The Confederation of Australian Motor Sport (CAMS) and Supercars are investigating an alleged case of illegal seatbelt tampering at the Wilson Security Sandown 500.

The two organisations have issued statements confirming an investigation into modifications to seatbelts that breach the product’s FIA homologation at the Sandown event.

It has been reported that Nuno Costa, Head of Safety Equipment Homologation at the FIA, contacted CAMS calling for the seatbelts to be decertified and removed from competition after being notified of a modification.

The report also claims that the seatbelts used by at least one multi-car team featured multiple connection points, which contravenes the specification set by the manufacturer.

The perceived alteration could restrict driver extrication in the event of an accident.

“We are working in conjunction with CAMS on this particular area with the safety of drivers always our highest priority,” read a statement from Supercars sporting and technical manager David Stuart.

“Accordingly, we will work with CAMS and the FIA and we are seeking clarity in regard to their requirements.

“If a rule needs to be modified to ensure compliance then that will be implemented.”

“CAMS is currently looking into the issue, working closely with the FIA, Supercars and the relevant manufacturer,” added a CAMS spokesman.

The alleged culprits have not been officially named.

However, Fox Sports coverage appears to show an anomaly with the Red Bull Holden of Shane van Gisbergen and Matt Campbell.

The team believes it has not breached regulations.

Speedcafe.com understands that CAMS and Supercars will reiterate the regulations regarding seatbelts and closely monitor the situation at next week’s Supercheap Auto Bathurst 1000.