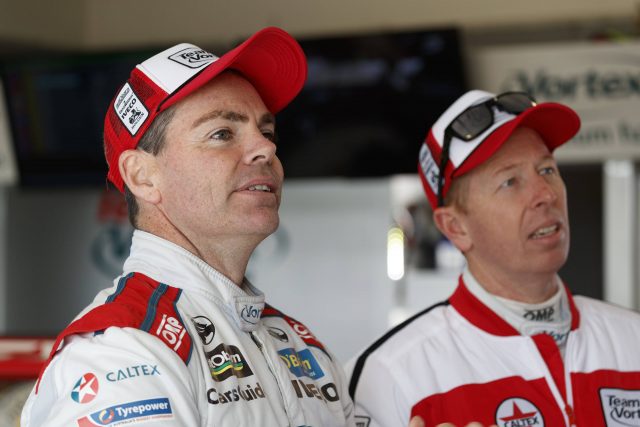 The experienced race engineer has joined Triple Eight as a contractor for the three enduro rounds, where he will focus on race strategy for the TeamVortex entry.

Slater assisted Lowndes and Richards’ engineer John McGregor in the #888 garage at the Sandown 500, with the role set to continue at Bathurst next week and the Vodafone Gold Coast 600 later next month.

Last year the former Tekno Autosports engineer guided Will Davison and Jonathon Webb to victory in the Bathurst 1000 and helped the Gold Coast squad claim the Bathurst 12 Hour.

Slater left Tekno Autosports at the end of last season and has since been operating on a freelance basis working for Dunlop Super2 Series squad Eggleston Motorsport. 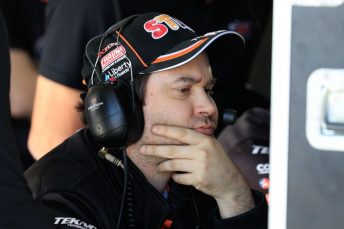 “Triple Eight has been the pinnacle of Australian motorsport for the last decade, so to get call up to assist them is a pretty big deal.

“Sandown was really to feel out what my role would be within the team and how everyone interacts.

“Irish (John McGregor) is the race engineer and I’m just there as a consultant for him to make sure we cover all the bases.

“Any of the Triple Eight cars are contenders and Craig and Richo are no exception.”

Triple Eight team manager Mark Dutton sees the addition of Slater as a boost for the engineering team on the #888 car.

“He (Geoff) is a smart guy and we have worked with him when he was at Tekno,” Triple Eight team manager Mark Dutton told Speedcafe.com.

“There is no real lead up or set-up work he just comes in to help on the Sunday. He has got experience and has done a good job in the past. The team as a whole respect him.

“Even though we do communicate between the two garages and we have Ken Douglas, who comes in and helps on the Red Bull side, we wanted to have another person there when you need to make instantaneous decisions.

“It is much easier to have a another set of experienced eyes looking at your car strategy specifically, helping Irish (John McGregor) and Simmo (Andrew Simpson TeamVortex Team manager) react.”

Triple Eight will continue its Bathurst preparations today having elected to postpone the Accredited Manufacturer Test day for the new ZB Commodore, scheduled to take place at Queensland Raceway.