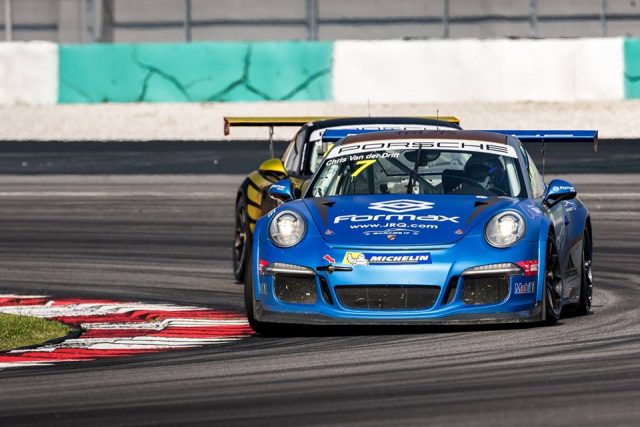 Carrera Cup Asia will enter a car for its class champions in next year’s Liqui-Moly Bathurst 12 Hour.

Category management has confirmed to Speedcafe.com that a 911 GT3 Cup Car, the same as that which is utilised for Carrera Cup Asia, will compete in Class B in the 2018 edition of the once-around-the-clock enduro.

Chris van der Drift holds a slim championship lead after the latest event at Singapore, where competitors were told about the campaign, and is thus provisionally in the seat for February’s race at Mount Panorama.

The New Zealander has two Bathurst 12 Hour starts to his name as well as a Pirtek Enduro Cup campaign with Erebus Motorsport in 2016, and says that he would relish the chance to return to the Mountain.

“The good thing about Carrera Cup Asia is that each year they give the opportunity to a couple of the drivers to drive aboard,” explained van der Drift to Speedcafe.com.

“In 2015, Yuey Tan and myself went to Spa and raced against the Italian, French and Scandinavian Carrera Cup drivers.

“For me, it would be an added bonus (to earn a Bathurst 12 Hour start) because I would like to be champion no matter what, but I would never turn down an opportunity to race back at Bathurst.

“It is one of my all-time favourite tracks and considering I have some experience there now it would be awesome.”

The car will be fielded by a combination of crews which currently participate in Carrera Cup Asia, and will run at Challenge Bathurst on November 18-19.