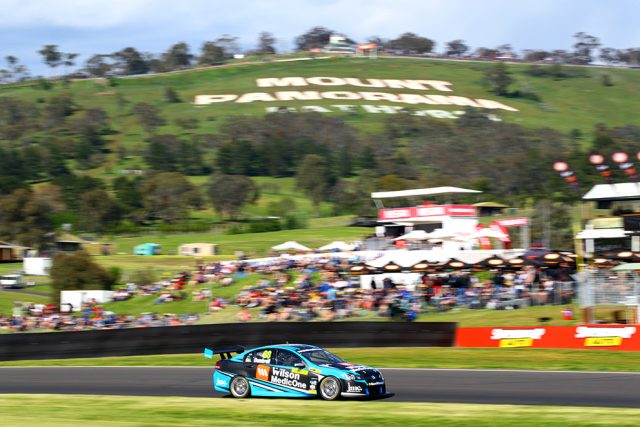 The Dunlop Super2 Series enduro at Bathurst will again count for series points from 2018 after only 15 cars were entered for this year’s race.

Supercars elected to remove  championship status from the round in a bid to encourage wildcard entries from the Super2 ranks into the Supercheap Auto Bathurst 1000, with most teams now running current-specification cars, which are eligible for the race.

In its place, another round was added to the calendar to maintain the number of competitive rounds at seven, the long-time length of the second-tier season.

However, no wildcard applications eventuated, believed to be in part due to the introduction of the new CAMS Superlicence system, and eight of the regular entries have opted to skip the 250km race at Mount Panorama.

“We’ll be re-establishing Bathurst as a championship round to rectify the situation in 2018.”

Jacobson and Garry Rogers Motorsport’s Richard Muscat have elected to focus on their enduro co-drives with their respective teams while budget has accounted for most other drivers.

Series contenders Paul Dumbrell and Todd Hazelwood will be in the field, despite not racing for points and having their own Pirtek Enduro Cup campaigns.

Dumbrell will be joined by both of his team-mates, with team manager Rachael Eggleston telling Speedcafe.com that the crew could not pass up the opportunity to race at Mount Panorama.

“While our guys did have to find extra budget to run the event being non-points, it’s so important for our rookies to get experience in a Supercar at the Mountain and it’s a big help for PD’s campaign with Red Bull,” she told Speedcafe.com.

“We can’t miss the best event of the year, points or no points.”

Dumbrell will also seek to defend his status as the only man to have won the 250km race since its introduction in 2014.

The allowance for co-drivers has seen Kurt and Jake Kostecki choose to share a car due to the latter’s Commodore being out of action following an incident at the start of Race 2 in the most recent round at Sandown.

Jordan Boys, who debuted at Sandown, is listed as a starter but Speedcafe.com has been told by Dragon Motor Racing team manager Terry Wyhoon that his campaign is not set to be locked in until tomorrow, and is a “90 percent chance.”

The Supercheap Auto Bathurst 1000 takes place from October 5-8, with the Super2 race held over 41 laps on Saturday October 7.