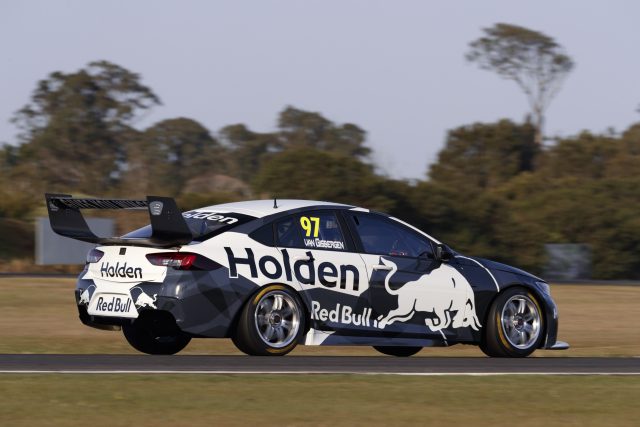 Holden Supercars teams are already busily preparing to upgrade to the new ZB Commodore for next season.

Designed and developed by factory Holden team Triple Eight, the car completed its 60km shakedown at Norwell Motorplex on the Gold Coast, before undertaking initial straight-line aero testing at an undisclosed Queensland location on Sunday and Monday.

The ZB Commodore will now complete its first of three Accredited Manufacturer Test days at Queensland Raceway on Thursday.

Brad Jones Racing and Erebus Motorsport are among the first teams to commit to the new ZB package, which will cost $40,000 per car.

Erebus Motorsport is well underway constructing chassis ready for the new bodywork and aero kit, set to make its competitive debut next season.

Meanwhile, Brad Jones Racing had already prepared a new rig for its first of three ZB Commodores, although this has now been brought forward as a replacement for the recently destroyed Team Cooldrive Commodore.

Team owner Brad Jones has been impressed by the look of the car, which will replace the successful VF Commodore, and is keeping close tabs on its progress ahead of December’s homologation testing.

“We’ve committed and we will definitely be running the new car,” Jones told Speedcafe.com.

“We have been talking to Triple Eight all the way along and I think we have got a reasonable feel for where they are and what they are doing. 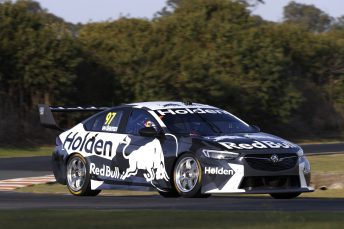 The Holden ZB Commodore during its shakedown

“I think it looks really good. We just need to see how it goes as a race car, but it certainly looks the business.”

Garry Rogers Motorsport is yet to fully commit with a final decision expected after next month’s Supercheap Auto Bathurst 1000.

However, the Melbourne squad is likely to upgrade its two Commodores, with a recently constructed new chassis already earmarked for the ZB.

“We have been talking to Triple Eight and it looks like it will be the road we will go down, but we haven’t 100 percent committed just yet,” team director Barry Rogers told Speedcafe.com.

“We have got a chassis that has come out of the fab shop which we are thinking of building up as a ZB Commodore. There is nothing else we can do at this stage as there are no parts available.

“From a performance point of view you don’t know where it is going to be, you would think it (the ZB Commodore) will be better than the current car.

“From a commercial point of view, the sponsor group we have haven’t put any pressure on us to change, but I think they will see the positives if we changed.

“If we commit we will build two brand new cars and go straight into it.

“We have got another chassis that is started now and we are putting a timeline together to make sure we can get it all done.”

Likewise, the Mobil 1 HSV Racing team is closely monitoring the progress of the ZB Commodore development, although official confirmation of its plans for next year is yet to be made.

The Clayton operation has howver begun preparations in its fabrication department to make the step up to Holden’s new weapon.

“We haven’t made any formal announcements as to what we are doing yet, but we are still working through things,” Mobil 1 HSV Racing general manager Mathew Nilsson told Speedcafe.com.

“We are looking at it but it is looking more likely than less likely at this stage.

“It is not a case of seeing how the performance (of the new car) goes, you have to be reacting now.

“We have some things going on in fabrication preparing for it. It is not a case of waiting for the performance as you have got to be ahead of the game.”

Holden squads Preston Hire Racing and Tekno Autosports are yet to publicly commit to the new car, while Lucas Dumbrell Motorsport is evaluating a change of manufacturer altogether for next year.