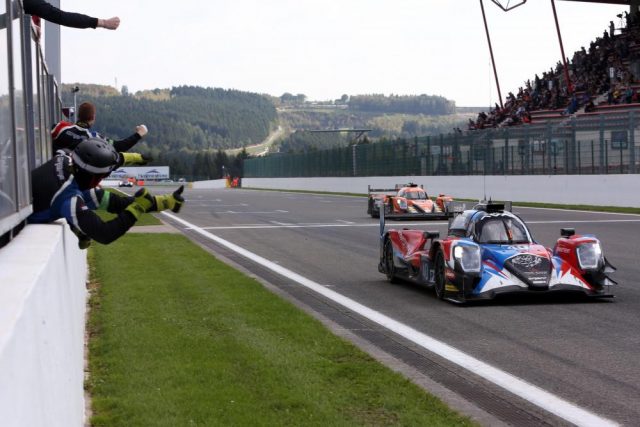 Australian James Allen has combined with Gustavo Yacaman and Richard Bradley to take his first victory in a tense finish to Round 5 of the European Le Mans Series at Spa.

Yacaman drove the #40 Graff Oreca 07-Gibson up to third by the end of the first hour before losing a position in the pits under Safety Car.

Allen, however, continued their good work on track as he rose to the race lead during his stint, before handing over to Bradley to finish the race.

Ryo Hirakawa led the chase in the #22 G-Drive Oreca 07-Gibson but was issued a drive-through for a breach of Safety Car procedure.

Bradley, however, copped the same sanction for exceeding track limits while passing another car.

He served the penalty on the penultimate lap, rejoined the circuit just ahead of Hirakawa, and managed give Graff its first LMP2 win in ELMS.

The final round is at Portimao on October 20-22. 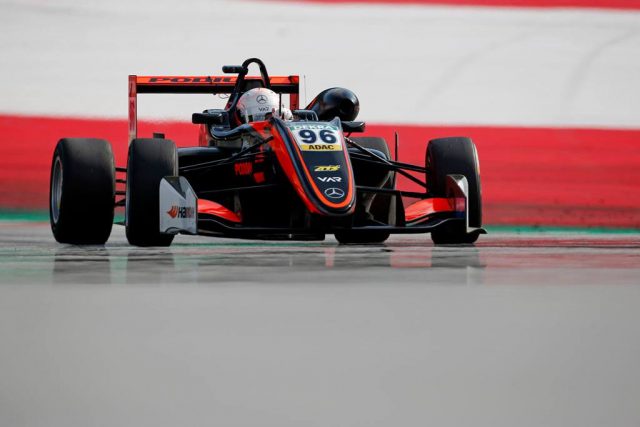 Joey Mawson has had a tough weekend at the Red Bull Ring, recording results of 18th, eighth, and seventh.

Mawson copped a hit from Petru Florescu in the opening stages of Race 1, causing a puncture for the Sydneysider’s Van Amersfoort Racing entry.

Lando Norris lost more of his championship lead in Race 3 when he failed to finish after a late coming-together with Ralf Aron.

Norris, however, still leads the title race by 72 points with just a round remaining and a total of 75 points available at Hockenheim on October 14-15. 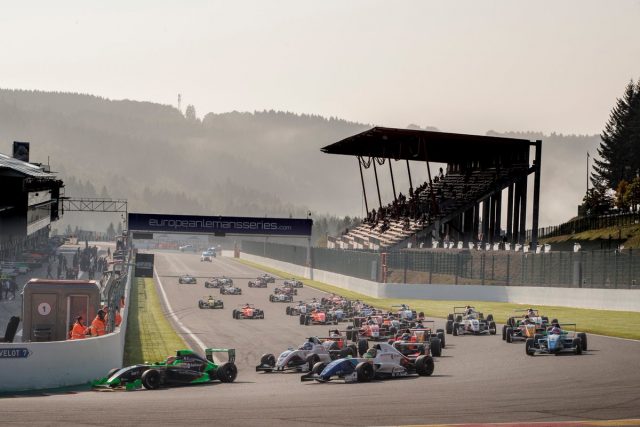 The Tasmanian thought he had secured a point for finishing 10th in Race 3, but a five-second post-race penalty for shortcutting the track put him back to 14th.

“My qualifying and Race 2 results were affected by car set-up issues,” said Peroni.

“Unfortunately, as a team we couldn’t get things quite right.

“In Race 3 the set-up was better but it still wasn’t perfect, and this is an area we must all continue to work on.

“After making up a couple of places I had to short-cut the chicane after Thomas Randle shut the door on me, but I gave the place back as soon as I could. From my perspective, it was a ‘racing incident’.”

Luis Leeds (Josef Kaufmann Racing) finished 29th in Race 1 and 23rd in Race 2 but suffered a DNF in Race 3 due to a coming-together with Charles Milesi.

Sacha Fenestraz (Josef Kaufmann Racing) extended his points lead with wins in Races 1 and 3, the former of which seeing only half points rewarded after lasting just three Safety Car-led laps due to fog.

The final round is at Barcelona on October 27-29. 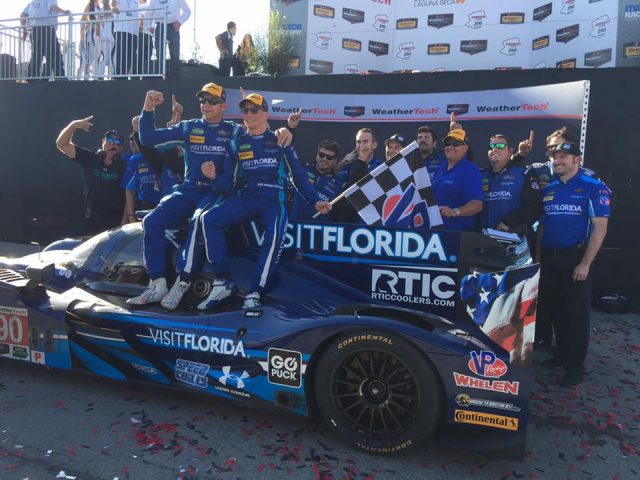 Marc Goossens and Renger van der Zande have won the penultimate race of the season at Laguna Seca.

Van der Zande, in the #90 Visit Florida Racing Ligier LMP2, only moved into the lead inside the final two minutes of the 160-minute race when he audaciously squeezed past Dane Cameron into the Corkscrew.

The Taylor brothers continue to lead the driver standings with just the 10-hour Petit Le Mans to come on October 4-7 at Road Atlanta. 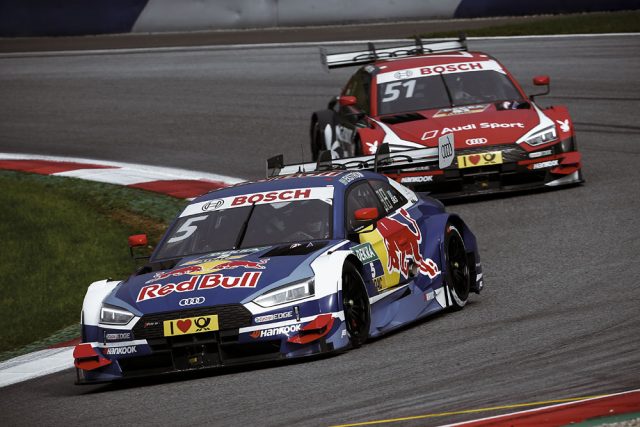 Mattias Ekstrom has extended his championship lead with just a first win of the season in the penultimate round at the Red Bull Ring.

Long-time Race 1 leader Jamie Green lost margin over fellow Audi driver Ekstrom after his pit stop, and the Swede made the decisive move on what turned out to be the fifth-last lap.

Green appeared on for the win in Race 2 before slowing late in the piece with a gearbox problem, opening the door for Rene Rast to take victory.

Mike Rockenfeller and Muller made for another Audi one-two-three.

Ekstrom leads Rast, who could only manage 13th in Race 1 after a spin, by 21 points with a round remaining at Hockenheim on October 13-15. 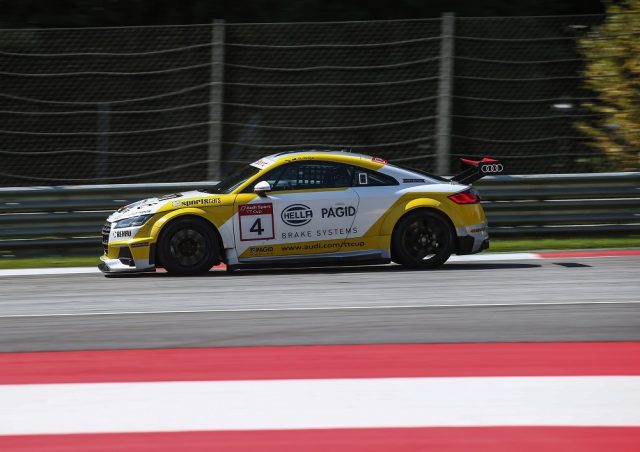 Drew Ridge has taken race results of seventh and eighth in Round 6 at the Red Bull Ring.

The NSW Central Coast teenager admitted to missing the setup window in qualifying, earning starting positions of 11th and 10th for the respective races.

He ran as high as sixth in Race 1 but lost a position while trying to gain another.

Keagan Masters broke the duopoly with Philip Ellis and Mikel Azcona have held over race wins as he swept the round.

Ellis however, regains the points lead which he lost a round ago after a shocking round for Azcona.

The Spaniard damaged his radiator in a battle with Ellis and failed to finish Race 1, while a drive-through for a jumpstart cost him on the Sunday as he could only manage seventh in Race 2.

The final round takes place at Hockenheim on October 13-15. 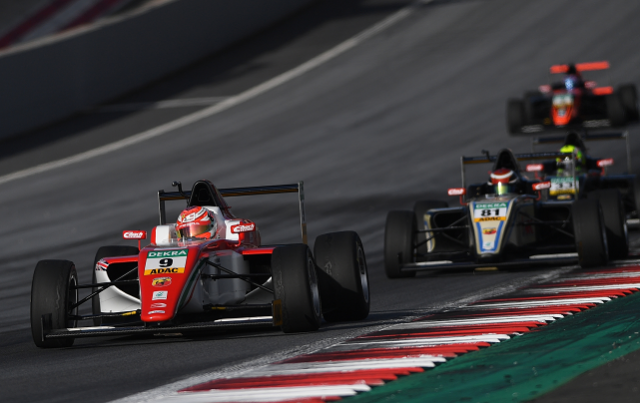 Christchurch teenager Marcus Armstrong has missed out on the German Formula 4 title despite leading into the final round at Hockenheim.

A technical problem consigned Armstrong to 20th on the grid for Race 1 and 24th for Race 2, and he would finish 10th and ninth respectively.

He started from pole for Race 3 but was passed by Cedric Piro mid-race.

Armstrong lost another position when he and Artem Petrov attempted a move on Piro later in the race, Petrov succeeding but the New Zealander remaining stuck behind and finishing third.

Armstrong’s Prema team-mate Juri Vips beat him to the championship by 4.5 points.

Armstrong will be back in action in Italian Formula 4 at Mugello on October 6-8. 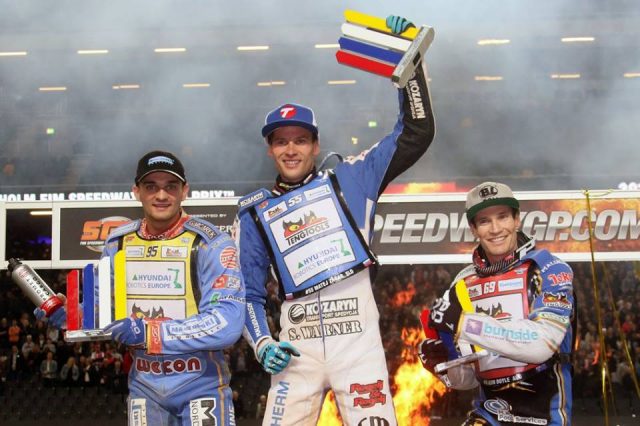 Jason Doyle has edged closer to the championship with a third consecutive third placing in Stockholm.

Just as he did last time out in Germany, Doyle actually scooped the highest points haul of the night after winning four of his five heats, finishing second in the other, and winning his semi-final.

The Novocastrian led out of the gate in the final but lost a position in each of the first two laps, finishing behind winner Matej Zagar and Bartosz Zmarzlik.

He nevertheless extended his championship lead over Patryk Dudek, who didn’t make the semi-finals, to 22 points.

“It’s not all about winning the final,” said Doyle.

“I am very happy with the points I scored tonight. Who would have dreamt that I could get 18 points in a GP and extend my lead?”

Sydneysider Chris Holder finished the night sixth to remain 10th in the championship, while reserve rider Max Fricke was 12th in the Swedish capital.

Doyle could wrap up a maiden title in Torun, Poland when the championship continues on October 7.