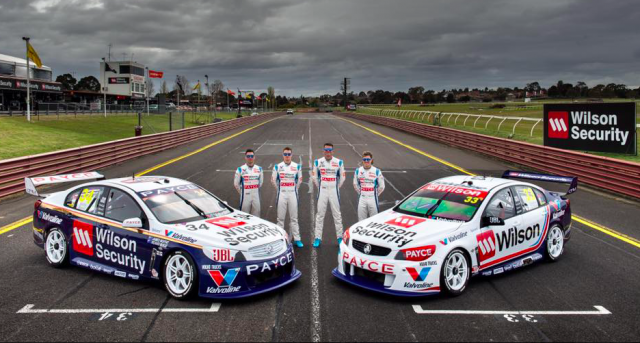 Garry Rogers Motorsport will continue its retro look at the Supercheap Auto Bathurst 1000 next month.

The Melbourne squad unveiled two striking classic liveries for the Wilson Security Sandown 500 retro round which will remain on the cars for The Great Race from October 5-8.

Garth Tander’s #33 Commodore adopted the colour scheme he ran during his maiden Supercars season at the team in 1998.

Primary sponsor Wilson Security have granted the team permission to continue the look at Bathurst, which was well received among fans during the Sandown weekend earlier this month.

GRM ran its retro round Sandown colour schemes at Bathurst last year, when it adopted a special tribute to the 1986 Australian Touring Car Championship winning Volvo of Robbie Francevic on its Volvo S60 race cars.

“Initially it was just for the Sandown round and John McMellan from Wilson was very impressed at how the cars looked, and surprised by how much positive feedback they had sparked,” team director Barry Rogers told Speedcafe.com.

“It is good for many reasons. I think the two cars were very well received, so we are happy to go again.” 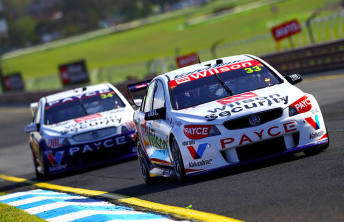 Tander and co-driver James Golding emerged as the top Holden runner in fourth, while Moffat and Richard Muscat managed to bring their Commodore home in seventh.

Rogers admits his team will face an added challenge at Mount Panorama courtesy of the re-introduction of 2016 specification tyres for the event.

The operation is yet to run its Commodores on the rubber having moved to Holden this year after three years running Volvo S60s.

While the variable is likely to affect set-up plans for the early part of the Bathurst weekend, he expects both cars to be in a position to challenge for the victory.

“The 2016 tyre is new for us with the Holden chassis,” added Rogers.

“We are probably a little bit behind the eight ball with regards to the set-up when we get there, as teams were there last year with the same cars and tyres.

“They may be able to jump out the box a little bit quicker than us.

“However, Bathurst is a unique place and while set-up is important so is experience around there.

“Certainly both Garth and James (Moffat) have a lot of experience and we will go there feeling as though we have got two cars that can win it.”