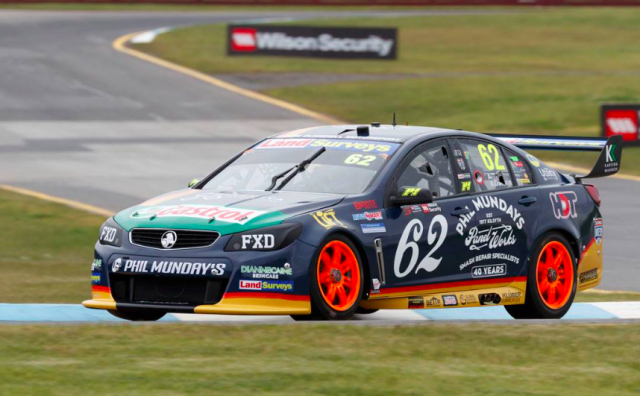 Alex Rullo is working on plans to remain at Lucas Dumbrell Motorsport next season while the squad faces a possible change in ownership structure.

The teenager is keen to stay at the Melbourne squad which could take on a whole new guise for next season, with long-term sponsor Phil Munday in talks to secure a stake in the team.

If a deal is reached and approved by Supercars, the operation is likely to move to a new premises and undergo a rebrand.

A move to run two Prodrive Fords has also been mooted although it is understood that only discussions have been held at this stage.

While there is plenty to play out at LDM, Rullo is understood to have an option to stay for a second season.

The 17-year-old, who became the youngest ever full-time main game driver this season, is hoping to continue his relationship with the outfit.

If plans to stay are finalised, Rullo expects to pilot a brand new car in 2018.

“We are finalising plans at the moment. At this stage it looks like we will be on the grid next year,” Rullo told Speedcafe.com.

“We will see what happens but it has been great working with Lucas so far, so it would be great to continue that relationship.

“There should be new cars for next year so it is matter of what cars (they are). It will be interesting to see what happens there.

“I think there is a lot of moving around for next year, so it it will be interesting to see how it falls into place.”

The identity of the driver for the squad’s second REC remains unclear with Prodrive co-driver and rising star Richie Stanaway linked to the seat.

Another option that has been circulating in the paddock is the possibility of placing Jason Bright’s REC, currently run by Prodrive, at LDM, while the former purchases a REC from the team to run Stanaway.

Bright, who is keen to continue as main game driver next season, says he is aware of speculation but has not had any discussions with LDM.

The veteran did however discuss taking his REC to the squad before landing the deal at Prodrive for this year.

“There is plenty of speculation at the moment but no decision has been made,” Bright told Speedcafe.com.

“I will probably wait to get through Bathurst and look at that more and as far as I’m concerned there is no hurry.

“I’ve heard those rumours (about me going to LDM) but there hasn’t been any discussion.

“There were a lot of discussions there (with LDM) last year but I haven’t had any on that front this year.

“I’m still pretty keen for next year as long as I can be competitive.”