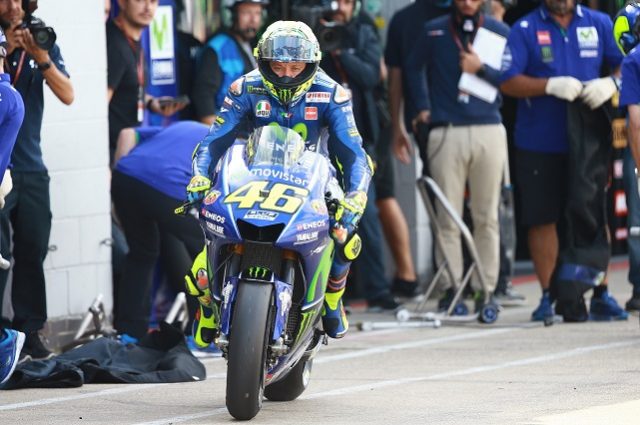 Valentino Rossi will undergo a medical examination to determine his fitness to race in this weekend’s Aragon Grand Prix after a second test on a road bike.

Rossi returned to Misano on Tuesday after rain restricted him to a handful of laps the day prior, less than three weeks after breaking his right leg in a motocross training crash.

His surgeon had suggested that Rossi would take at least a month to recover from the injury.

However, the Italian rode 20 laps in two hours of running during the afternoon, with the Movistar Yamaha team advising that he “wrapped up this second day of testing with an improved feeling and a more positive impression compared to yesterday”.

Yamaha added that the examination, which will take place on Wednesday European time, is intended to “verify the positive rehabilitation progress experienced in today’s (Tuesday) session”, and that Rossi would make a decision on whether to ride at Aragon afterwards.

Yamaha ran just one works bike for his team-mate Maverick Viñales in the last MotoGP event at Misano and has lined up its World Superbike rider Michael van der Mark as Rossi’s stand-in for Aragon if he is not able to compete.

After missing the San Marino Grand Prix, Rossi is 42 points behind championship leaders Marc Marquez and Andrea Dovizioso in fourth in the standings with five races remaining.