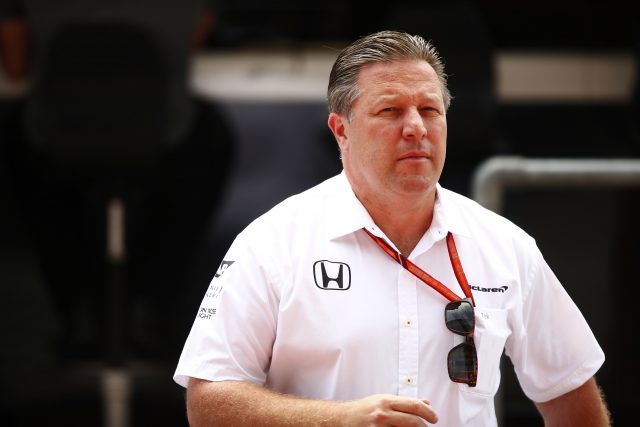 McLaren Formula 1 boss Zak Brown has emerged as the latest leading contender to buy a stake in Walkinshaw Racing as the former Holden factory team fields offers from around the world.

Brown and team owner Ryan Walkinshaw have confirmed to Speedcafe.com that they are in discussions about a possible partnership.

Walkinshaw is looking for a minority partner or partners to help finance a recruitment drive to attract leading engineers to HSV Racing as part of a plan to re-establish the struggling team as a front-runner.

Brown’s bid has nothing to do with the McLaren Technology Group, of which he is executive director and front man for the beleaguered F1 team.

The UK-based American entrepreneur is looking to buy into Walkinshaw Racing through United Autosports, the British sports car team he co-owns with Richard Dean. 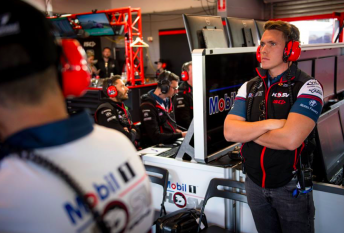 “If and when we have something to announce on that, we’ll announce it in due course.”

When contacted by Speedcafe.com, Brown not only corroborated his interest, but expressed confidence that a deal was close.

“That is correct,” he told Speedcafe.com. “We have been in talks with Ryan about becoming a partner in Walkinshaw Racing.

“Our discussions haven’t been about buying the team. We’re looking at taking a minority stake. Talks are continuing and we hope to reach an agreement soon.”

Walkinshaw was more circumspect, indicating that discussions were continuing with a number of prospective partners, including Brown and Dean.

“I’ve made no secret of the fact that we’re looking for partners to come on board,” he said.

“We’ve had a huge amount of interest and we’ve even had some big offers on the table from some people, but we have turned several of those down because we want to make sure that the partner or partners we bring on board will add genuine value over and above just being on board and giving us some cash for the equity.

“I believe there are some potential good partners out there and we’re working towards that goal.”

Speedcafe.com understands that interest in investing in Walkinshaw Racing has been also expressed by some major American and European outfits.

“There are plenty of other rumours going around,” Walkinshaw said.

“I heard that we’ve had a connection with three different American teams, two UK teams and one Italian team.

“Don’t believe everything you hear up and down pit lane.”

Since Speedcafe.com broke the news 11 days ago that Boost Mobile chief Peter Adderton was looking at extending his sponsorship of Mobil 1 HSV Racing to part ownership, it has emerged that Walkinshaw has been courted by a number of suitors. 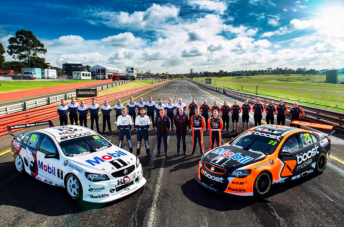 According to insiders, Adderton remains in the mix, but the interest of heavyweight overseas organisations has made his chances of securing more than a small shareholding – along with an extended Boost sponsorship deal – less likely.

United Autosports is now regarded as the major player in negotiations and Brown is talking like an agreement to take a stake in Walkinshaw Racing is imminent.

“Nothing has been agreed yet, there is no deal, but we hope to finalise something soon,” he said.

He explained that it was his interest in Supercars and United Autosports’ desire to expand that prompted interest in co-ownership of Walkinshaw Racing.

“I’m a big fan of the Supercars,” Brown said.

“It’s a great series and we’d love to be involved. I’m confident we could add value to the operation on the technical side, perhaps, but mainly on the commercial side.

“It’s a great team with fantastic heritage and we believe we can help facilitate Ryan’s determination to restore the team to its former glory.

“United Autosports has relationships with global brands that could assist them commercially.”

It is understood that Brown and Dean, an accomplished former sports car racer and son of successful British all-rounder of the 1960s and ’70s Tony Dean, are looking to buy a significant share of WR of around 35 percent. 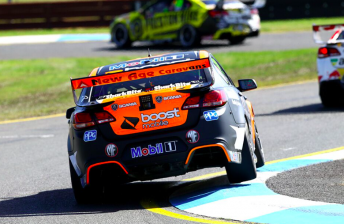 Brown, 45, is a proficient amateur racer and noted collector of iconic race cars, but he is best known as a sponsorship guru.

He established Just Marketing International, the world’s largest motor sport marketing agency, and brought many big-name global brands to F1, leading to his appointment at McLaren.

His collection of famous racing cars includes the HRT Commodore that won the 2011 Bathurst 1000 in the hands of Garth Tander and Nick Percat.

Brown stressed that if United Autosports became a co-owner of Walkinshaw Racing, he wouldn’t be directly involved because of his full-time job at McLaren and part-time positions as a director of Cosworth and non-executive chairman of the Motorsport Network.

However, he vowed that he would take a close interest in WR if United Autosports was involved.

“I have plenty on my plate already, but I’m motor sports fan – I live it 24/7 – and I’d certainly make time to keep a close eye on what’s happening,” he said.

United Autosports, based in Leeds in northern England, has been successful in GT racing and has competed in the Bathurst 12 Hour, and is the reigning Euopean Le Mans Series LMP3 champion squad.