Rossi back on bike in bid for early return

Rossi back on bike in bid for early return 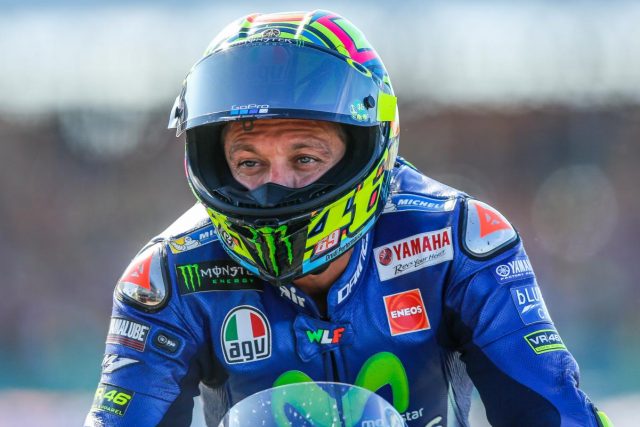 Valentino Rossi has ridden a handful of laps around Misano in a test of his fitness to race in this weekend’s Aragon Grand Prix.

Rossi broke his right leg in a motocross training crash on August 31 and missed the San Marino Grand Prix at Misano just over a week later.

The surgeon who operated on the Italian stated that he would need to rest for “30 to 40 days” before re-evaluation.

Instead, Rossi’s Movistar Yamaha team has advised that the 38-year-old cut laps in a road bike at Misano on Monday (local time), 18 days after his crash.

The team has advised that a decision on whether or not Rossi enters the Aragon Grand Prix will be made on Wednesday, after rain curtailed his running at Misano.

“Following an enduro accident on August 31st, Valentino Rossi has been diligently working on his recovery from the double fracture in his right leg,” said a team statement.

“Today the nine-time World Champion put his fitness level to the test and successfully completed a few laps around the Misano World Circuit Marco Simoncelli on a YZF-R1M, before rain disrupted the trial run.

“As today’s riding session was cut short due to the change in weather, the evaluation of Rossi’s physical condition was inconclusive.

“He will decide by the end of Wednesday, September 20th, whether he will attempt to take part in this weekend’s Gran Premio Movistar de Aragón.”

Michael van der Mark had already been named as Rossi’s replacement for the next race, after Yamaha chose not to field a stand-in at the Misano race.

Rossi is currently fourth in the championship, 42 points behind Ducati Team’s Andrea Dovizioso.