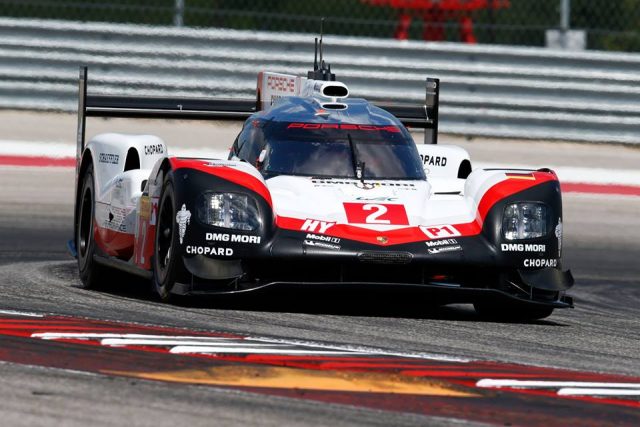 Porsche has ensured that its #2 919 of Kiwis Brendon Hartley and Earl Bamber and German Timo Bernhard won again in the 6 Hours of Circuit of the Americas.

Nick Tandy, in the #1 919 he shared with Neel Jani and Andre Lotterer, let Bamber past in each of the final two stints of their race and ultimately crossed the finish line less than 0.3s behind.

The manoeuvre gave the #2 crew its fourth straight race win and extended their championship lead over Toyota drivers Kazuki Nakajima and Sebastien Buemi to 51 points, the equivalent of two race wins plus a pole position, with three races remaining.

The Toyotas were more competitive than last time out in Mexico but faded towards the end.

Nakajima, Buemi, and Stephane Sarrazin, who was standing in for Anthony Davidson in the #8 TS050, finished nearly 22s adrift of the leader.

The sister car #7 of Kamui Kobayashi, Mike Conway, and Jose Maria Lopez was a further 13s further back.

Nick Foster recorded a DNF in the LMGTE Am class #86 Gulf Racing Porsche 911 RSR he was sharing with Ben Barker and Mike Wainwright.

Wainwright skated off and hit the wall just before halfway and the car was later retired with an apparent brake problem. 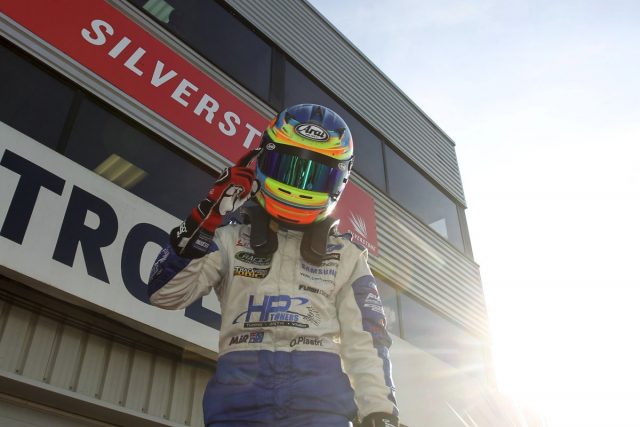 Australian Oscar Piastri has kept his title hopes alive with a win in Race 3 of the penultimate round at Silverstone.

Piastri qualified on pole for Race 1 but was beaten off the line by TRS Arden team-mate and eventual race winner Alex Quinn.

He lost another position on the final lap when championship leader Jamie Caroline tried to pass but spun, forcing Piastri into evasive action which let Oliver York through.

However, he converted another pole into an all-the-way in Race 3, while Caroline finished second after passing two cars in a bold outside move at the first corner.

Caroline can secure the championship with a sixth position finish in any of the three races in the final round at Brands Hatch (GP circuit) on September 29-October 1. 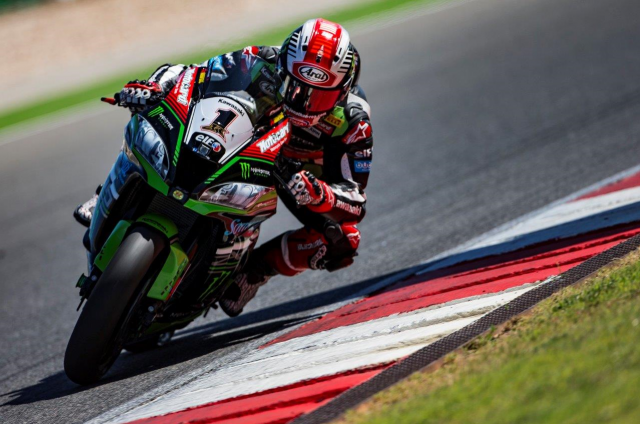 Jonathan Rea has a commanding lead in the Superbike World Championship after sweeping Round 10 in Portugal.

Starting Race 2 in ninth by virtue of winning Race 1, Rea (Kawasaki Racing Team) was third by the end of Lap 1 and took the lead next time around, eventually winning by 5.8s.

Chaz Davies (Arubi.it Ducati) moved up to second by the end of Lap 7 but crashed out with three laps to go, leaving Michael van der Mark (Pata Yamaha) and Marco Melandri (Aruba.it Ducati) on the podium.

Australian Anthony West (Kawasaki Puccetti), standing in for the injured Randy Krummenacher for the rest of the season, finished 13th in Race 1 and eighth in Race 2.

Rea leads the championship by 120 points over team-mate Tom Sykes, who missed both races after a fiery practice crash, and another 15 points to Davies.

A total of 150 points are available for the remaining three rounds, the next of which is at Magny-Cours on September 29-October 1. 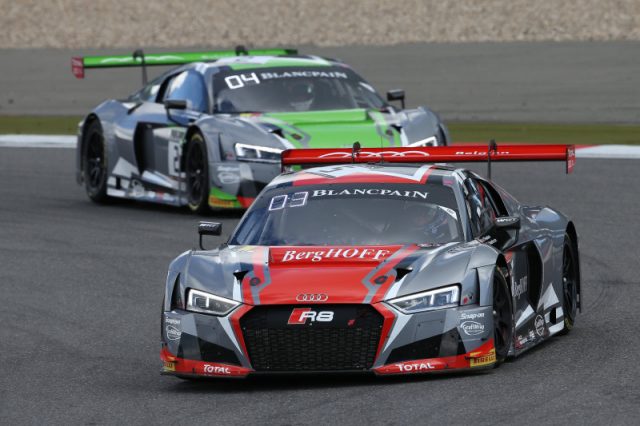 Robin Frijns and Stuart Leonard have won the Blancpain GT Sprint Series in a dramatic final race of the season at the Nurburgring during which three different pairings held the series lead.

Marcel Fassler ran second in the #5 Team WRT Audi R8 but an undercut and then a slow stop for car #84 put his co-driver Dries Vanthoor into the race lead.

Perera/Buhk still led the series on a countback while running second, until Buhk ran off and damaged the Mercedes, leading to a retirement.

Fassler/Vanthoor inherited the series lead until the Belgian was called in for a drive-through due to their pit stop being unsafe.

Frijns, whose two earlier on-track passes proved pivotal, inherited the race and series lead, taking victory for he and Leonard in the #17 Team WRT Audi R8.

The Blancpain GT season finishes with the final Endurance Series race at Barcelona on September 30-October 1. 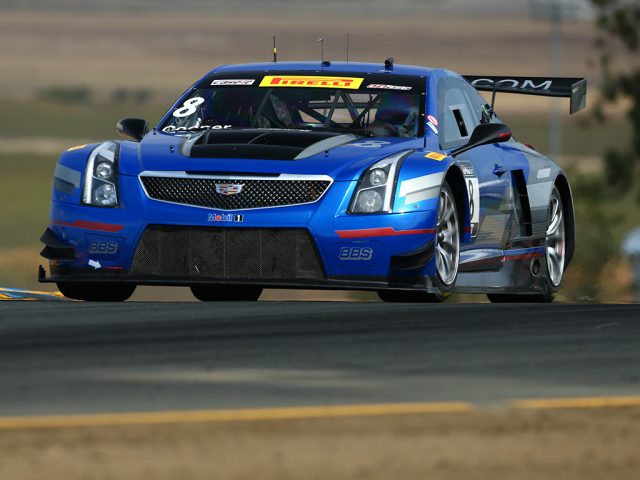 He had to work harder in Sunday’s Round 9 race but Patrick Long (#58 Wright Motorsports Porsche 911 GT3-R) couldn’t get close enough to seriously challenge and finished just under a second behind.

Long, however, had already sealed the GT Overall championship with third in the Saturday race.

The final event of the season is at Laguna Seca on October 13-15. 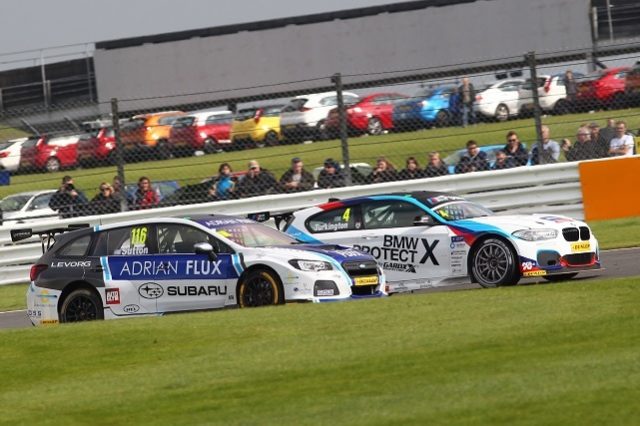 Tom Ingram, Jack Goff, and Matt Neal each took a race win in Round 9 at Silverstone.

Ingram (Toyota Avensis) led all the way in Race 1, which was shortened due to a late multi-car crash.

He also led the second race until Goff (Honda Civic) got past on Lap 3 and ran away with the encounter.

Neal (Honda Civic) cut through the field from 12th on the grid to Race 3.

Ash Sutton (Subaru Levorg) and Colin Turkington (BMW 125i) are set to square off for the championship in the final round, after the former had been penalised for his pass of the latter for third on the final lap of Race 2.

Gordon Shedden (Honda Civic) and Ingram are outside title chances when the season wraps up at Brands Hatch (GP Circuit) on September 30-October 1. 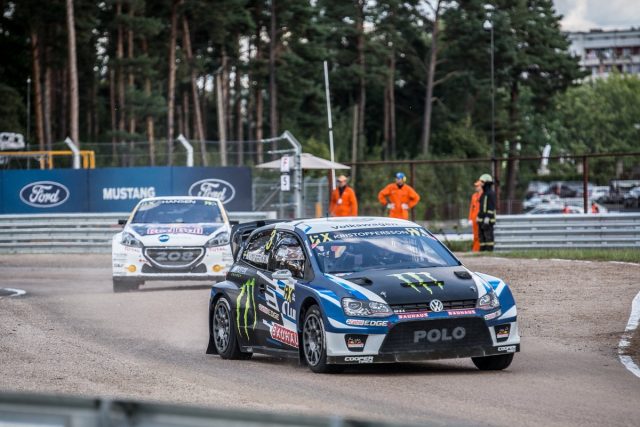 Johan Kristoffersson has wrapped up the World Rallycross Championship with two rounds to spare after taking his fifth straight event win in Latvia.

Mattias Ekstrom (EKS Audi) and Sebastien Loeb (Team Peugeot-Hansen) rounded out the podium in the final.

Meanwhile, Kristoffersson’s team-mate Petter Solberg has been diagnosed with a broken collarbone after a crash in his semi-final.

Round 11 takes place in Estering, Germany on September 30-October 1.