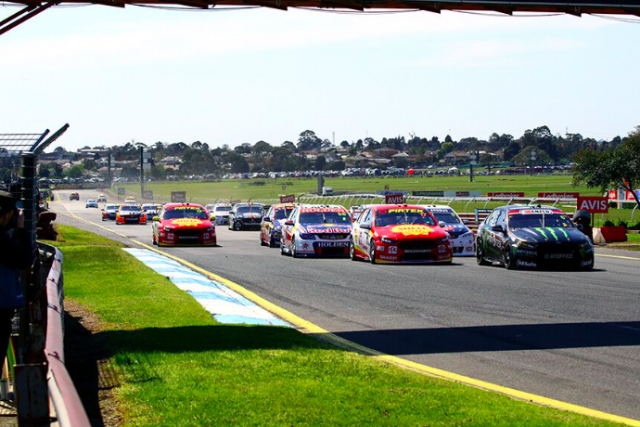 Stewards have confirmed a series of penalties following the Wilson Security Sandown 500.

Officials have handed a five second post-race penalty to the #12 Shell V-Power Racing Ford of Fabian Coulthard and Tony D’Alberto.

Coulthard nudged the rear of the #75 Brad Jones Racing entry driven by Ash Walsh at Turn 9 while the pair were disputing fourth position on lap 68.

The penalty fails to alter Coulthard and D’Alberto’s finishing position of fifth.

This sanction follows the exclusion of the BJR Commodore of Walsh and Tim Slade for breaching the driving time regulations.

Lucas Dumbrell Motorsport has been issued a $5,000 fine and docked 30 championship points after the right rear wheel came loose on the #62 Alex Rullo/Alex Davison entry.

The #56 Prodrive Ford, driven by Jason Bright and Garry Jacobson, has dropped from 17th to 19th position following a 26 second post race penalty for failing to adhere to the black flag.

Bright and Jacobson had already received a pit lane penalty for spinning wheels during a pit stop.