POLL: Who impressed you the most at Sandown?

POLL: Who impressed you the most at Sandown? 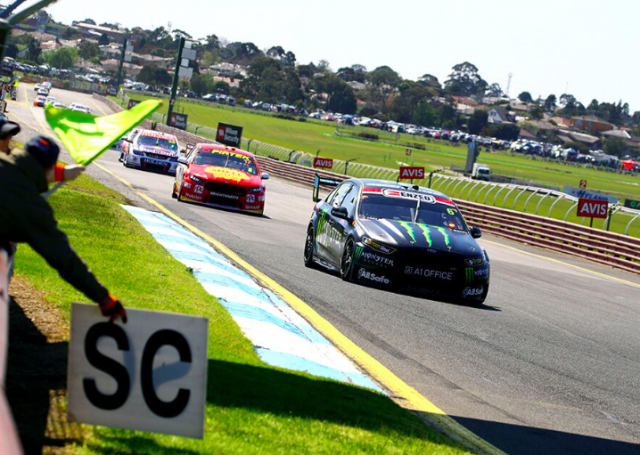 The Wilson Security Sandown 500 kicked off the business end of the Supercars season while delivering several standout performances.

Read through our shortlist of contenders below and cast your vote for the Sandown 500’s most impressive driver in this week’s Pirtek Poll. 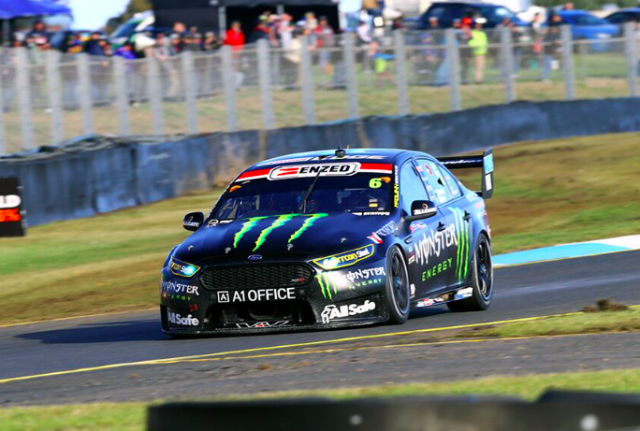 The Prodrive young gun delivered arguably his most complete performance since stepping up to the main game as he combined with Richie Stanaway to win the Wilson Security Sandown 500.

Armed with an engine upgrade, Waters took out the primary driver heat on Saturday from third on the grid to claim pole position for the 500km Pirtek Enduro Cup opener.

Waters refused to buckle under pressure from Shell V-Power Racing’s Scott McLaughlin in the final stint of Sunday’s race to score his maiden Supercars victory. 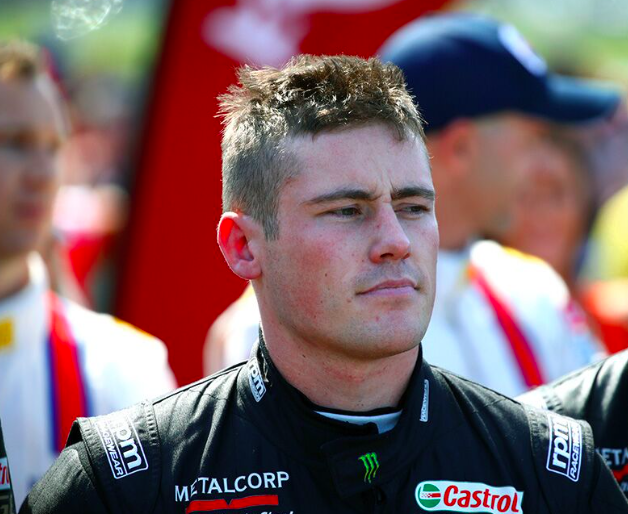 The New Zealander once again showed his potential to the Supercars paddock with a faultless display supporting Cameron Waters in the #6 Prodrive Ford.

Stanaway progressed from sixth to third in the Saturday co-driver race as he produced impressive pace and conviction with overtaking manoeuvres.

Tipped to join the main game grid next year, the 25-year-old, in only his second Sandown 500, drove smartly to hand Waters the lead for the final stint in Sunday’s race, which resulted in victory. 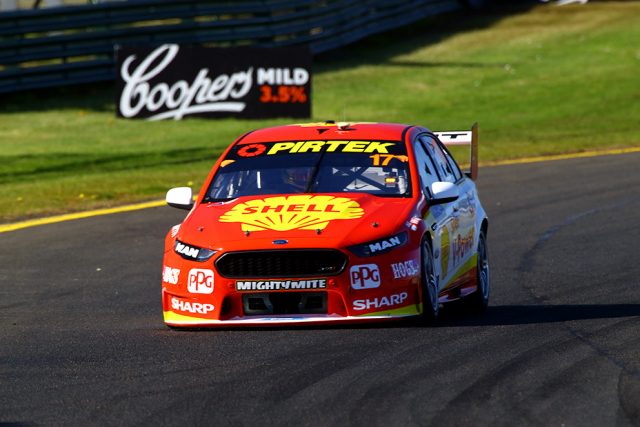 The Supercars championship leader produced a measured performance throughout, which ultimately paid off with a second place finish alongside Alex Premat.

McLaughlin continued to show strong one lap pace, while his consistency and diplomacy in race trim earned an 84 point lead in the standings.

The New Zealander offered a challenge to Waters in the final stages of Sunday’s showpiece, before electing to settle for second amid concerns over the condition of his tyres. 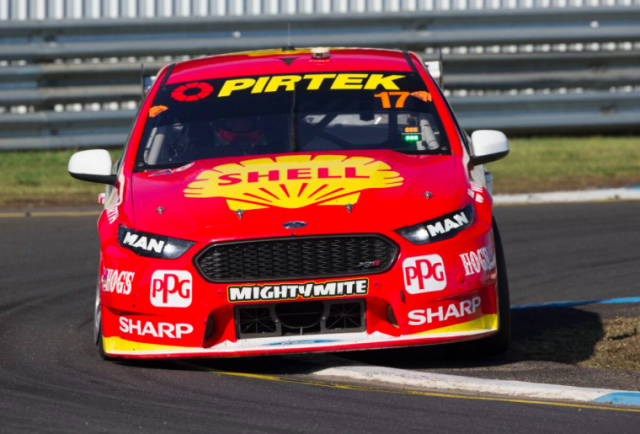 Alex Premat proved why he is considered a hot property in the co-driver market as he claimed back-to-back second place finishes in the Wilson Security Sandown 500.

The Frenchman, who moved from Triple Eight to Shell V-Power Racing, proved a perfect partner for Scott McLaughlin.

Despite a limited racing schedule this year, Premat finished second in the co-driver race.

A strong opening stint saw him occupy a spot inside the top three on Sunday, to set up McLaughlin for the run to the chequered flag. 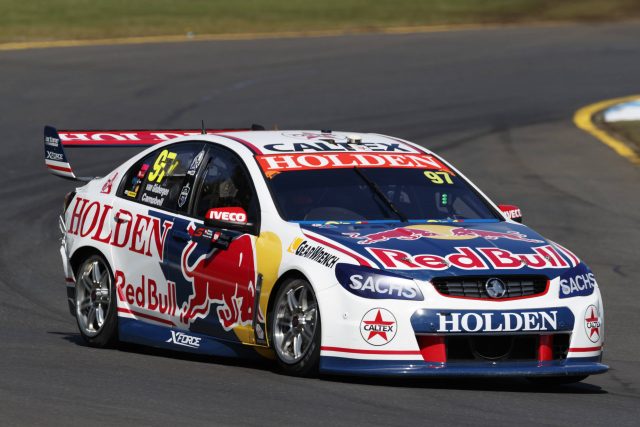 The reigning Supercars champion stormed from 21st to 13th in a stunning opening lap on Sunday as he made the most of a first stint against co-drivers.

This arrived after the Kiwi had copped a two place grid penalty for turning Fabian Coulthard around in final practice.

Van Gisbergen’s pace on Sunday hauled the #97 Commodore into the podium places.

The car was poised to land a rostrum until he suffered a right front puncture late on, which dropped the Holden to 15th spot. 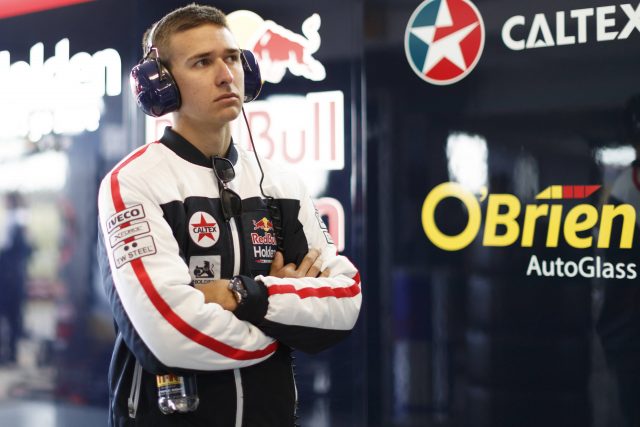 The talented Porsche Supercup racer from Queensland lived up to his rising star status.

Partnering Shane van Gisbergen, Campbell’s weekend began with disappointment after being turned around in the co-driver race.

However, he showed his skills on Sunday after being pitched against the main game drivers for a sustained period.

Campbell, on his debut for Triple Eight, held his own to hand over to van Gisbergen with a podium in sight. 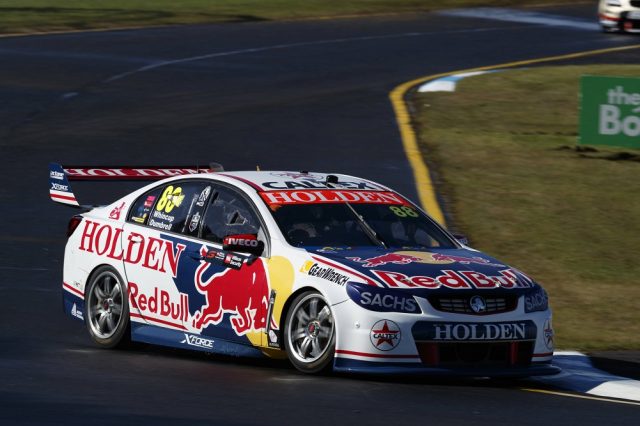 Misfortune struck again for Jamie Whincup at Sandown as a puncture during the second stint for co-driver Paul Dumbrell derailed a strong challenge for the victory.

However, the opportunity further showed Whincup’s ability as he powered from the back of the field to sixth in an impressive final stint.

The run saw him recover 50 seconds lost due to the tyre failure. The drive crucially limited the damage to his title aspirations. 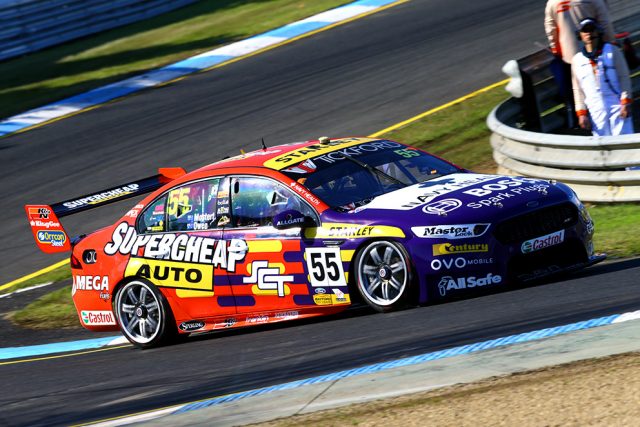 Chaz Mostert produced a fighting drive in Sunday’s race to surge from seventh to the final place on the podium after taking over from co-driver Steve Owen.

The #55 Supercheap Auto car had been delayed by a five second penalty incurred by Owen.

Mostert managed to jump Fabian Coulthard in the pits before van Gisbergen’s puncture elevated him to third. 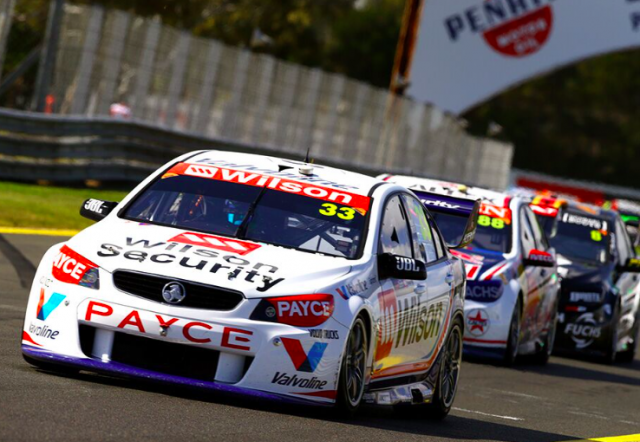 Garth Tander has lost none of his drive for results as the experienced former Supercars champion recorded an impressive fourth in Sunday’s race.

Partnered by young gun James Golding, Tander’s race craft and talent allowed him to climb through the top 10 before snatching fourth from Fabian Coulthard in the final laps. 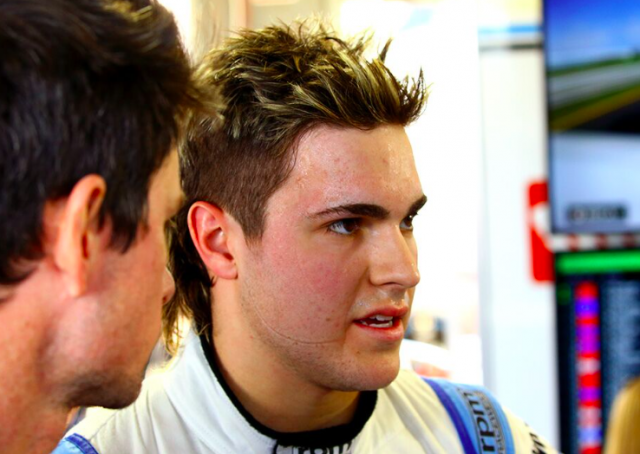 James Golding put the memory of the horror crash that suspended last year’s Sandown 500 firmly behind him.

Despite limited running this season, Golding delivered pace and maturity to run inside the top 10 during his stints before handing over to Tander.

The 21-year-old made no mistakes in Saturday’s co-driver race on his way to eighth. 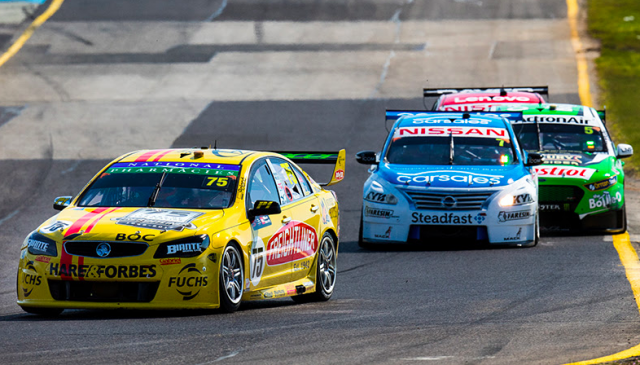 While his efforts ultimately came to nought due to a post-race exclusion, Ash Walsh performed admirably having undertaken the bulk of the driving in the car he shared with Tim Slade.

Walsh was turned around on the opening lap and elected to pit which prolonged his opening stint.

As a result, Walsh climbed through the field and into top five as he fought against the main game drivers, before being forced to fuel save.

After 85 laps of continuous running, he handed the car over to Tim Slade who brought the car home in ninth. 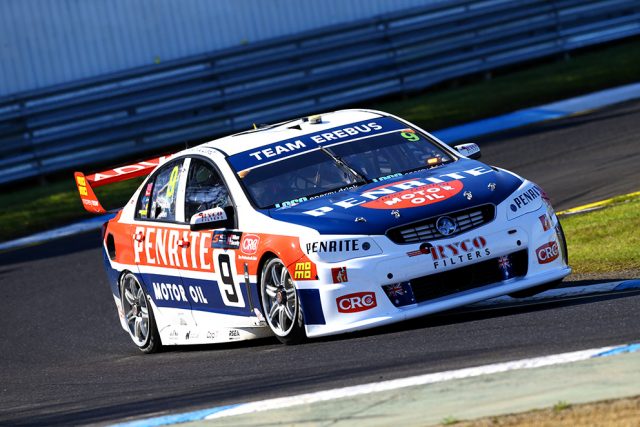 The Erebus Motorsport driver displayed his impressive one lap pace to score a provisional pole after topping the Saturday qualifying session.

Reynolds continued to challenge the top teams by finishing third in the second qualifying race to secure a spot on the second row for the 500km enduro.

A top 10 finish seemed to be on the cards prior to a right front puncture that spelled the end of his challenge, leaving the car in 17th position. 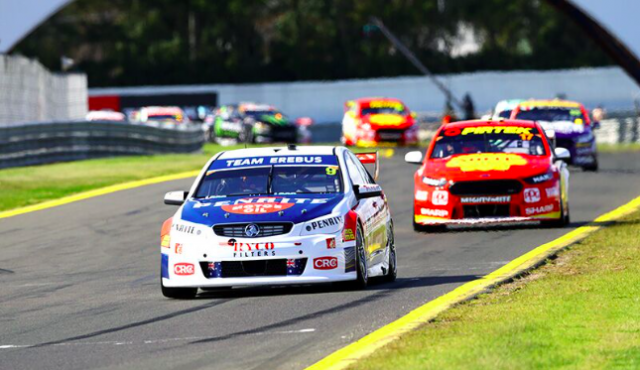 Experienced co-driver Luke Youlden enjoyed a strong start to life at Erebus Motorsport by taking out the co-driver race on Saturday.

Youlden completed an impressive lights-to-flag victory from pole position to set up Reynolds for the second qualifying race.

Sunday’s race saw Youlden start strongly but he was pushed down to eighth after being forced off the road by Prodrive’s Steve Owen. He managed to hand the car over to Reynolds just outside the top 10.