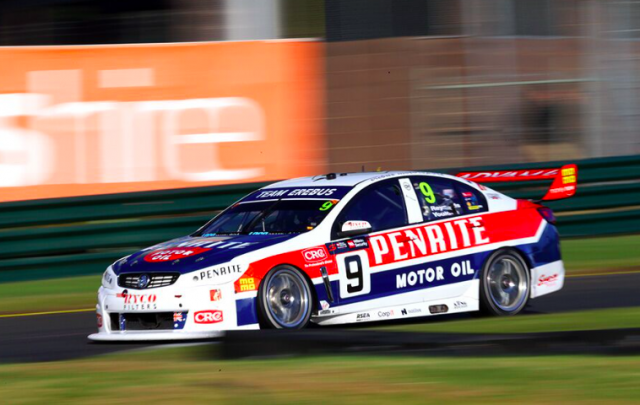 David Reynolds has led a call for Supercars to tweak the race format for future editions of the Wilson Security Sandown 500.

The Erebus Motorsport driver believes the event format should be tweaked to add further spice to the Saturday schedule prior to the iconic 500km showpiece.

Currently the field tackles four practice sessions before a qualifying hit out, which sets the grid for a 20 lap co-driver race.

The grid for Sunday’s 500km spectacle is then determined by the finishing order of a primary driver 20 lap sprint race.

Reynolds posted the fastest time in qualifying which was followed up by co-driver Luke Youlden taking out the co-driver race.

However, the pair will start the Sandown 500 from third, which is where Reynolds finished the primary driver sprint race.

Under the exisiting format, neither of the pair’s achievements will go into the record books or count for championship points.

“I’m happy with third, to start third in one of the biggest races of the year is pretty good,” said Reynolds.

“I got a really bad start, we’ve had three qualifying sessions and two don’t get awarded for and one gets awarded for.

“I got my first pole with the team in this current package, (Youlden) got the first win in the Holden and there’s no feeling towards that whatsoever, it sucks.”

Reynolds has suggested that championship points for the two 20 lap races could aid the current format.

“We could do qualifying and have two races that have some points attached to it,” he added.

Prodrive boss Tim Edwards believes the current format delivers for spectators but he would be open to small changes.

“If we had just a 20 minute qualifying today would that deliver entertainment for the people who came out here to watch or watch at home on television?,” Edwards told Speedcafe.com.

“By doing what we do delivers a lot more.

“It is different. If I was a punter and there was only a 20 minute qualifying session I would be a bit disappointed.

“A couple of 20 lap races is a good hit out, and it is good for the co-drivers to benchmark themselves against other co-drivers. I think there are a lot of positives about it.

“We could tweak it but it is not broken. Points for the two races could be a twist and that has been discussed.”