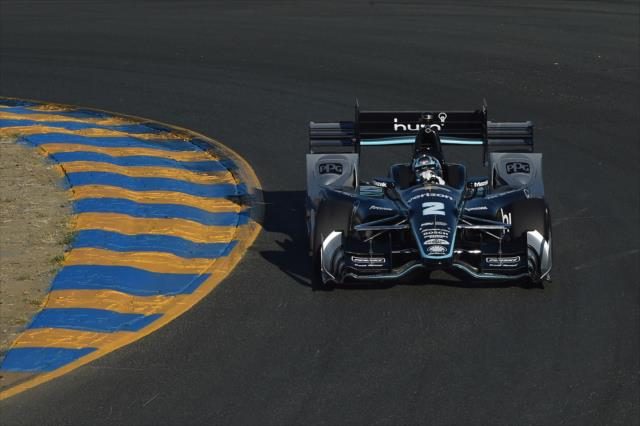 Verizon IndyCar Series leader Josef Newgarden has earned pole position for the final race of the season at Sonoma.

Newgarden beat Team Penske team-mate Will Power by 0.035s to give himself the best possible chance of protecting his slim series lead.

His nearest rival, Scott Dixon, will start the 85-lap race from sixth.

Newgarden (#2 Team Penske Chevrolet) made a statement when he broke the old track record by nearly half a second in the first round of qualifying alone, before repeating the feat in the second and third rounds.

The pole is just his first for Penske and second in his IndyCar career.

The 26-year-old will be well-protected on the starting grid with not only Power (#12 Team Penske Chevrolet) alongside but also his other team-mates on the second row.

All four Penske drivers are, however, still in contention for the title, setting up the possibility of a thrilling intra-team battle.

Takuma Sato (#26 Andretti Autosport Honda) was the first of the Hondas in fifth, and will start with Dixon (#9 Chip Ganassi Honda) alongside.

The title will be decided tomorrow morning from 0840 AEST.