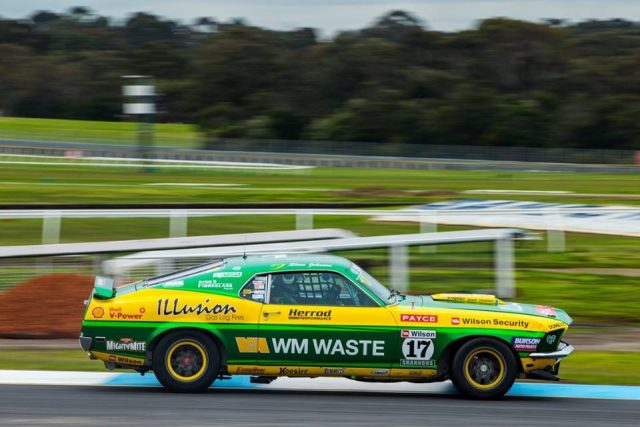 Steven Johnson has prevailed over John Bowe to win the final race of Round 5 of Touring Car Masters at Sandown.

Bowe led the field early on, having started on the inside of the front row due to winning Race 2 a day earlier.

However, the big 1969 Mustang Fastback had too much power for Bowe’s 1974 Torana SL/R 5000 and Johnson blazed past up the back straight on Lap 3.

Johnson maintained a lead of around one second for most of the rest of the 10-lap race, taking another race win to add to his Trophy Race win on Friday.

Hansford beat Bressington to the line by 0.0012s when the latter was baulked by the lapped Bob Wisely as they entered the main straight for the final time.

Adam Garwood (1974 Torana SL/R 5000) failed to finish after contact with Tony Karanfilovski (1969 Mustang Trans Am) on Lap 1 saw him turned into the outside fence at the exit of Turn 4.

Round 6 will unfold at the Supercheap Auto Bathurst 1000 on October 5-8.