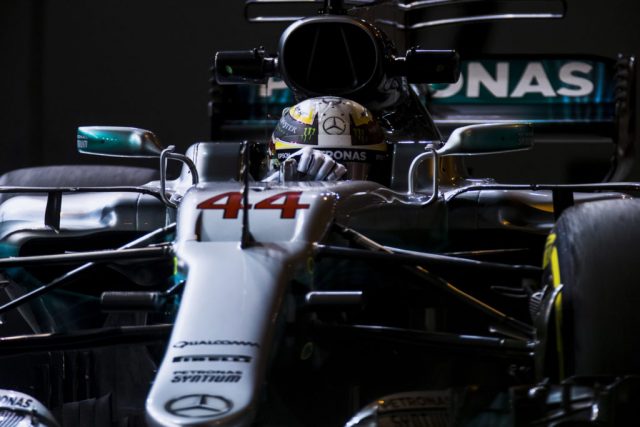 Lewis Hamilton admits he was taken by surprise by the pace of championship rival Sebastian Vettel in qualifying for the Singapore Formula 1 Grand Prix.

The Mercedes driver, who currently tops the championship standings, could only manage fifth place for the 60-lap race, more than half a second slower than Vettel’s pole time.

While Hamiton was expecting to have a tough time of it in Singapore, he wasn’t expecting such a gulf to the leading Ferrari.

“We know that we would come here and it would be difficult,” Hamilton confessed.

“I definitely didn’t anticipate Ferrari being as strong as they were, I thought Red Bull would be as quick as they were but we still remain hopeful.

“I don’t know where Ferrari have picked up their pace,” the Englishman added.

“It’s strange, from race to race it’s a little bit different between us.”

Starting alongside Hamilton on the third row will be his Mercedes team-mate, Valtteri Bottas, who was well over a second adrift of Vettel’s pace.

With two Red Bulls and Kimi Raikkonen between Vettel and the two Mercedes, Hamilton isn’t expecting his task to be made any easier in the race.

“This is a crap track for overtaking, it’s usually just a long, long train.” he said.

“Tomorrow I’m just going to have to play the long game. It’s a marathon, not a sprint, so I’ll try and take that method into tomorrow.”