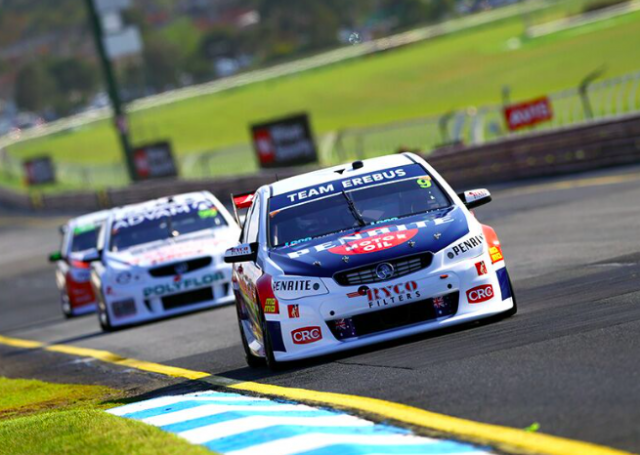 Erebus Motorsport has the resources required to challenge for Supercars’ showpiece endurance races, according to team manager Barry Ryan.

The two car squad has emerged as a genuine contender for today’s Wilson Security Sandown 500, with its entries due to start the Pirtek Enduro Cup opener from inside the top 10.

David Reynolds and co-driver Luke Youlden will start from third, while the #99 of Dale Wood and Chris Pither will line up in seventh.

This season the Melbourne operation has emerged as one of the surprise packages, having regularly produced glimpses of true pace, particularly through Reynolds.

Reynolds’ pace has been met with consistency that has seen him occupy eighth in the standings.

While the squad has enjoyed race victories, challenging for the championship’s big races represents an altogether different prospect.

However, Ryan believes steady growth over the last 20 months has put the outfit in a position to fight for what would be its most impressive victory yet this afternoon.

“I think we can prove to ourselves that we can do it,” Ryan told Speedcafe.com.

“Nothing short of winning is a par score. To get a podium would be great but we are not here to get podiums – we are aiming for the top.

“It is all coming together, all the hard work and development we have done over 20 months.

“We have just got to execute it now.

“It is no different to a normal Sunday race, there is no extra pressure on anyone.

“We had a really strong test and the whole team is working well together.

“Last year and the start of this year we were just focussing on getting a fast car and we would worry about the rest later.

“Now we have knuckled down on making sure we have a fast car and fast team, it makes a big difference.”

It is a view shared by Reynolds, who scored provisional pole in qualifying, before finishing third in Saturday’s second Race to the Grid heat.

“I fully believe in all the boys and girls around me,” said Reynolds.

“We are a young team and we do have a lot of inexperienced people but as long as they are managed correctly, trained well, practice hard, anything is achievable, definitely.”

The squad has shown prodigious one lap pace on a regular basis but it has been left wanting in the longer races.

Ryan says the team has options at its disposal to rectify the weakness ahead of this afternoon’s race.

“We know the car was still competitive at the end of the second race, it wasn’t bad,” added Ryan.

“It fell back little bit but we know what to do fix it and make it stronger for the race.”

Prodrive’s Cameron Waters and Richie Stanaway will start from pole position, with the #17 Shell V-Power Racing Ford of Scott McLaughlin and Alex Premat alongside.