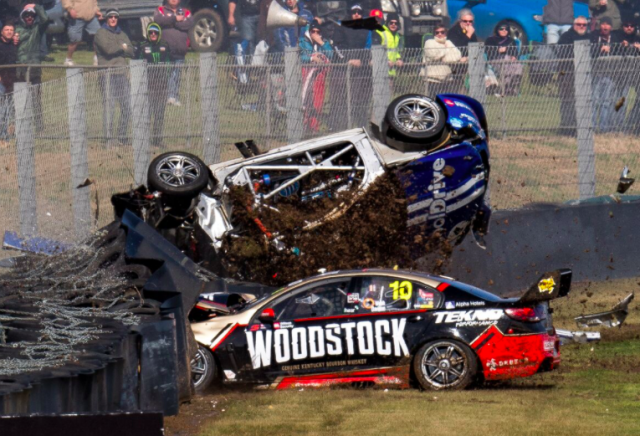 Tekno Autosports expects to complete the repair of its damaged Commodore in time for Sunday’s Wilson Security Sandown 500.

The Queensland team will work into the night to rebuild its #19 Holden following a huge crash involving team boss Jonathon Webb and Todd Hazelwood (Brad Jones Racing) during the co-driver heat at the Melbourne circuit.

Webb suffered a front lock up which saw him tag the rear of Hazelwood sending the pair into the Turn 6 barriers at speed. 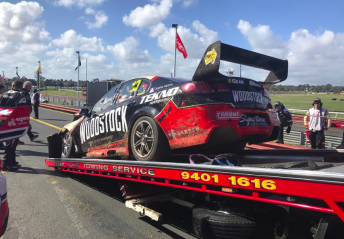 The Tekno car suffered heavy damaged to the front, ruling the chassis, he shares with primary driver Will Davison, out of the day’s second heat to determine the grid.

Meanwhile, Hazelwood’s Brad Jones Racing Commodore appears likely to be a write off and will return to the Albury team’s workshop.

Despite missing the final race of the day, Tekno team manager Steve Greer is confident Davison and Webb will be able to contest tomorrow’s 500km race.

“The repair is going good, it is all bolt on stuff and we are three quarters of the way through it, so nothing should stop us,” Greer told Speedcafe.com.

“All the rail extensions, all the panel pieces at the front, the inner wheel arches and the radiator were damaged.

“It shouldn’t be too late a night tonight.”