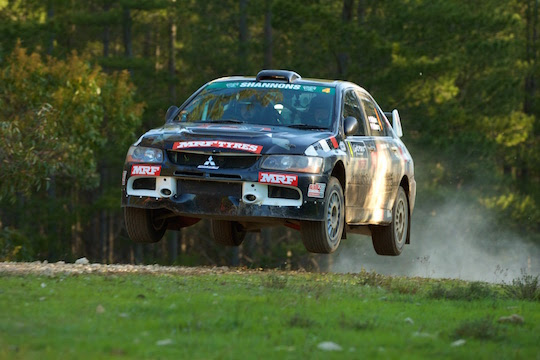 Nathan Quinn has made a great start to Lightforce Rally SA, winning all four stages this afternoon to grab an early 23sec lead from Molly Taylor.

Round four of the Australian Rally Championship continues this evening with four night stages around the Barossa and through the Mount Crawford forest.

Bates started the event but immediately returned to the service park and was unable to resolve the issue. The team will be hoping to start heat two in the morning.

Craig Brooks is sitting in third position and leading the ARC2 class, followed by Andrew Penny and John O’Dowd.

CAMS ARC2 leader Tony Sullens made an early exit from the event, blowing the engine in his Subaru Impreza WRX STi on stage one. Stephen Mee broke a drive shaft on the first stage and will rejoin the event this evening.

Rally SA continues tomorrow at 8:30am with six stages and over 90 kilometres of competition.