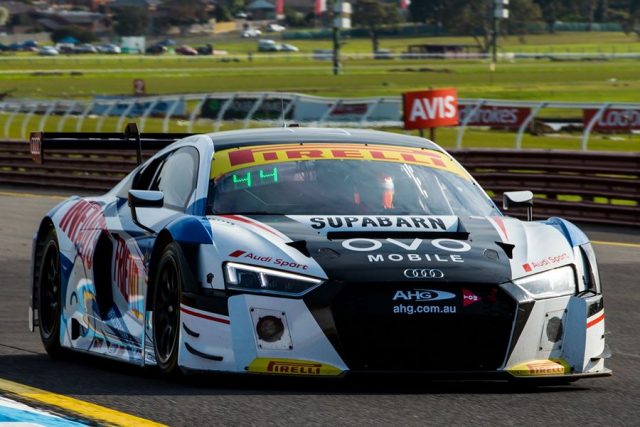 Ash Walsh has topped the first of two qualifying sessions for the Australian GT Championship at Sandown Raceway to take provisional pole in the Supabarn Audi, while championship leader Liam Talbot battled with the greasy conditions.

Talbot was third-fastest for the session and looking to advance when the slippery track caught the #911 MEGA Racing Porsche racer out, seeing him slide off the track at speed at the exit of turn six.

The #911 would come to rest against the tyre wall, bringing out a red flag with just under eight minutes left on the clock for the 20-minute outing.

Green running would commence with just over three minutes on the clock, with the #911 joining the field in having another go at setting a fast time for the session.

In the dying moments, the pointy end of the sheets would see both Emery (1:16.8708s) and Walsh (1:16.3800s) improve their best times, however there would no change to their order on the time sheets for them, nor Richards and Ross who rounded out the top five.

A second qualifying session for the GTs will be held at 2.15pm this afternoon.