Percat to compete in karting Race of Stars

Percat to compete in karting Race of Stars 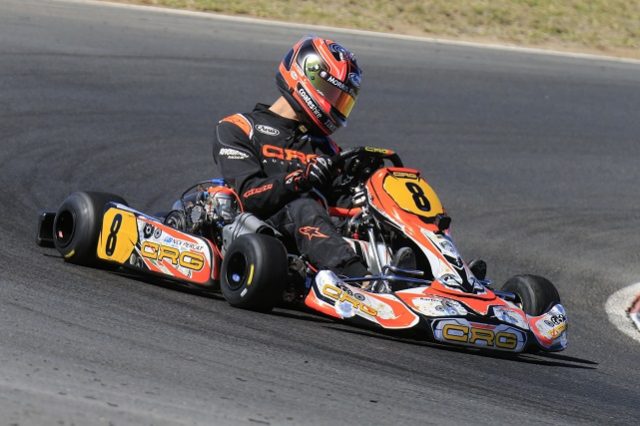 Nick Percat will be a competitor in next month’s Race of Stars international karting event on the Gold Coast.

The Brad Jones Racing driver contested four of the five rounds of this year’s Australian Kart Championship in the same class, finishing eighth in the championship.

“Karting for me is always a huge amount of fun but like any race, once you strap your helmet on you’re out there to be faster than your opposition,” said Percat.

“I was at the Race of Stars a couple of years ago as a spectator and was excited just watching; now to be racing is going to be very cool.

“The speeds at the Xtreme Karting Complex is insane, it’s the fastest kart track in the country by a mile.

“I’m really looking forward to getting out there and having a crack.”

The South Australian will race with CRG Australia and thus be team-mate to de Conto, whose entry was confirmed days ago.

Percat had only two years ago been able to see another world champion, Davide Forè, for the first time.

“As a kid I remember looking up to world champion Davide Forè,” he explained.

“Two years ago I saw him race for the first time on the Gold Coast; I was simply in awe.

“Now, to have the opportunity to be in the same race as the current world champion Paolo de Conto is going to be mega.

“He’s just one of the top drivers that I know I’ll be up against from overseas, let alone the high level of talent that there is here in Australia.

“To be alongside him in the Team CRG pit area is going to be something else.

“I’m sure that I’ll be able to gain a lot from his experience with this type of kart.”

The Race of Stars, which forms part of the pre-Vodafone Gold Coast 600 series of events known as SuperFest, will be held on October 13-15.