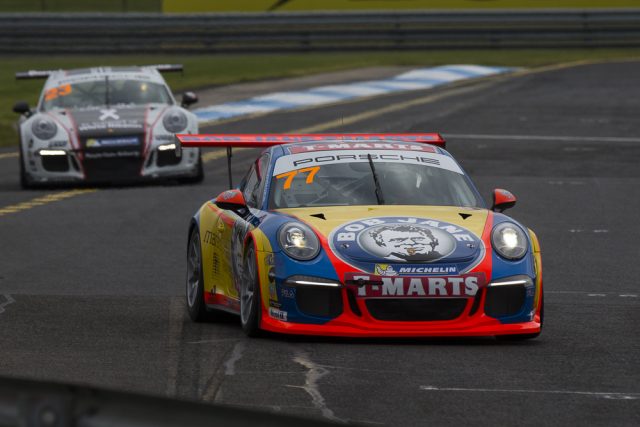 Nick McBride has set the fastest time in Carrera Cup at Sandown after two practice sessions in contrasting conditions.

McBride’s time came in the opening dry Practice 1, which was the second on-track session of the day. Although the circuit was still somewhat dirty, it brought the better times after heavy drizzle throughout Practice 2 brought far slower times.

Jaxon Evans was fastest in Practice 2, as several drivers spun and went off the road in the tricky conditions.

Only the one red flag came out when Tag Heuer Carrera Challenge driver Tim Miles found himself beached in a sandtrap.

Miles was fastest in the semi-professional ranks in the opening session, while Sam Shahin led the way in Practice 2.

After stepping-up from winning the GT Cup Challenge, Jordan Love was second fastest in the wet session with all the regular front runners towards the front.

It was a busy morning for Alex Davison and championship leader David Wall, who split their time between the Carrera Cup and the Supercars paddock as co-drivers for the Sandown 500.

Carrera Cup has qualifying on Saturday morning at 9.45am followed by the opening two 14-lap races just before lunch and between the two Supercars qualifying races in the afternoon.