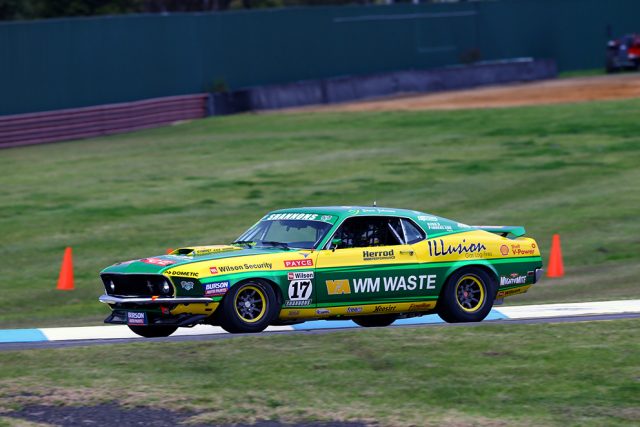 Steven Johnson has driven from 16th on the grid to win the Touring Car Masters Trophy Race at the Wilson Security Sandown 500.

After another downpour at the start, Mason and Terry Lawlor (Mustang Coupe) started off the front row and it was the former who eventually exited Turn 4 in the lead.

Adam Bressington (Chevrolet Camaro SS) came from 10th at the start to pass Lawlor for second at the start of just Lap 2, but he soon came under pressure from Garwood.

Garwood then set off after Mason, whose advantage had got out to more than four seconds, and the battle for first became a three-way affair as Johnson carved his way through the field.

Garwood took the lead into Turn 1 at the start of Lap 7, and Johnson relegated Mason another position up the back straight.

Perhaps hastening the inevitable, Garwood straight-lined the Turn 2/Turn 3 complex on Lap 8, helping Johnson to make up another place up the back straight.

Garwood managed to stick with the big Mustang Fastback until he had an even bigger slide and off-road excursion at Turn 2 on the 10th and final lap, and had to settle for second.

Bowe will start Race 2 from pole position, having topped qualifying earlier in the day by just under 0.2s from Johnson.

That encounter, of 10 laps distance, will take place from 1130 local time/AEST tomorrow.