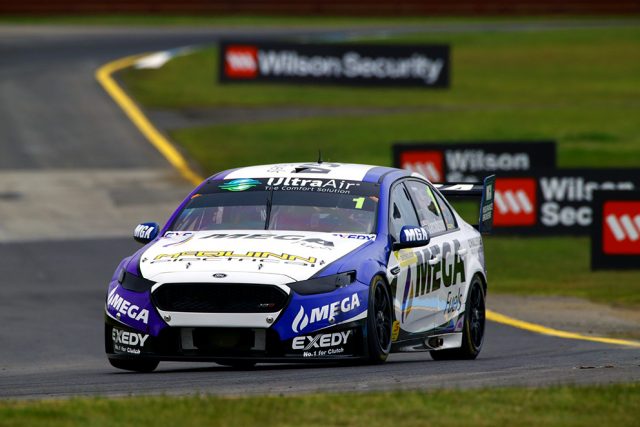 Garry Jacobson has finished fastest again in Practice 2 for Round 6 of the Dunlop Super2 Series at Sandown.

Jacobson was fastest in the morning’s Practice 1 and repeated the feat in the second 40-minute session, which was run on a drying track before another late downpour.

Jacobson (#1 FGX Falcon) finished a slim 0.06s faster than Prodrive Racing Australia team-mate Josh Kean (#5 FGX Falcon), who held the top spot for just a handful of seconds in the latter stages of the session.

Paul Morris Motorsports’ Anton de Pasquale (#67) had taken over the lead with a quarter of an hour remaining and ended up being the final part of a Prodrive-built FGX Falcon sweep of the top three in the session.

Paul Dumbrell was the early pace-setter before pitting just after the 10-minute mark in anticipation of a dry track at the end of the session which never quite materialised.

While a number of drivers slipped off the track in the tricky conditions, there were no major incidents.

Super2 is next on track for qualifying for the first of two races of the weekend tomorrow at 1020 local time/AEST.