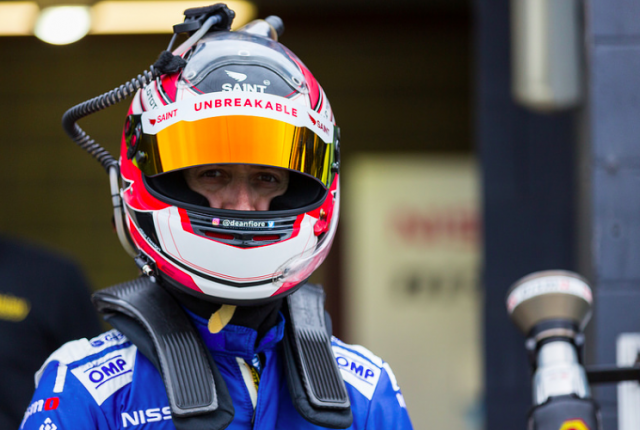 Fiore, who will partner Michael Caruso, surged to the top of the times early in the running as light rain began to douse the Melbourne circuit.

The former Supercars full-timer posted a 1:09.64s before the rain intensified in the final 15 minutes of the half hour session.

The lap was slightly faster than the best set in the corresponding session last year.

Dean Canto was second fastest in the #5 Prodrive Falcon he will share with Mark Winterbottom, just a tenth shy of Fiore.

Karl Reindler was fourth (Preston Erection Commodore), ahead of Paul Dumbrell in the #88 Red Bull Holden.

Dumbrell had a brief scare on the slippery circuit when he straight-lined the Esses early in the running.

Brad Jones Racing circulated their co-drivers through its three entries, with the #8 to be driven by Nick Percat and Macauley Jones claiming sixth.

Jones enjoyed a spell in the #75 entry of Tim Slade and Ash Walsh.

Richie Stanaway had to persevere with a mechanical issue for Cameron Waters’ #6 Monster Energy Falcon as he finished 20th fastest.

“We had a bit of a messy session; we had a problem with the engine so just when it got the tyres in on that dry run we had to pit, so obviously lost all the dry running there,” Stanaway explained.

“Then we were just kind of trundling around for the rest of that session trying to get a feel for it again in the wet conditions because it looks like we might have a bit of that weather on the way.”

Primary drivers will jump in the cars for the second practice session from 1335 AEST.