Red Bull could use Honda engines in 2019

Red Bull could use Honda engines in 2019 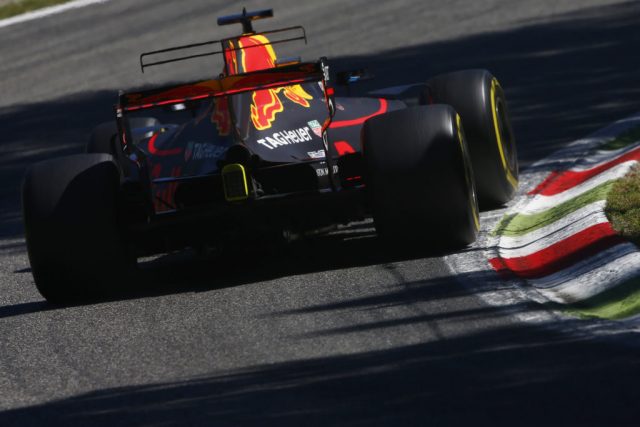 Renault could be forced to use Honda engines from 2019

Red Bull could be forced to use Honda engines from the 2019 Formula 1 season as speculation of a split with current supplier Renault gains momentum.

It follows confirmation that Toro Rosso, Red Bull’s sister-team, has inked a three-year deal with the Japanese manufacturer as Renault looks instead to power McLaren from next year.

With Ferrari and Mercedes showing no intention to extend supply deals beyond their current commitments, it appears Red Bull will be forced to join Toro Rosso in a supply of Honda power units in 2019, with Renault seeking to end its partnership with the Milton Keynes squad.

A complete divorce between Red Bull and Renault after just one more season is no surprise given the public breakdown in the relationship in 2015 and subsequent rebadging of the engine as TAG Heuer.

Red Bull and Honda are already linked in MotoGP and, as with Toro Rosso, a deal would likely to offer considerable financial advantages with Red Bull no longer paying for its engines.

It is also likely to receive funding from Honda, which means Red Bull boss Dietrich Mateschitz’s financial commitment to the sport will be substantially reduced.

However, there are obvious question marks over Honda’s potential form in 2019, even allowing for some improvement over the course of next season.

If the Renault split is confirmed the news will be of considerable interest to Red Bull’s drivers, with Daniel Ricciardo’s contract expiring next season and Max Verstappen, whose contract runs until the end of 2019, believed to have a performance-related clause to end his deal sooner.

Earlier this year Red Bull and Honda first began talks regarding an engine supply for Toro Rosso, which has run Renault power this season.

Honda was keen to take on a second team after its Sauber arrangement fell through, but discussions over Toro Rosso broke down during the summer.

However, McLaren’s desire to end its relationship with Honda revived the deal, with McLaren requiring Toro Rosso to part with Renault to free up a supply of the French manufacturer’s engines.

Following extensive talks an agreement has been reached by all parties, though official confirmation is not expected until later in the Singapore Grand Prix weekend.

Sources close to the deal have confirmed to Autosport that Toro Rosso has agreed a three-year deal from 2018 with Honda, taking it to the end of the current F1 engine regulations cycle at the end of 2020.