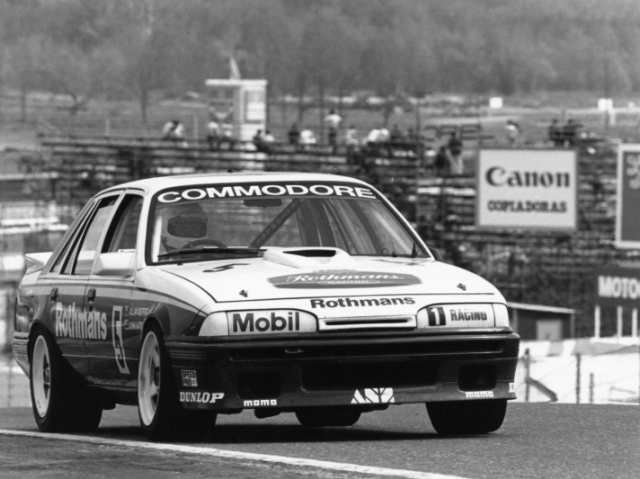 The historic VL Commodore which will run at Baskerville

Allan Moffat, John Harvey, and the Commodore which they took to victory in the inaugural round of the World Touring Car Championship will be present at this month’s Baskerville Historics.

The famous Rothmans VL Commodore, which defied the odds to win at Monza in 1987, will be the headline act at the three-day event in Tasmania.

It will be joined by another famous Holden, the 2003 Bathurst 24 Hour-winning Monaro 427C, driven at Mount Panorama by Peter Brock, Greg Murphy, Jason Bright, and Todd Kelly.

Both will be taken around the Hobart circuit for display laps.

Also on the bill will be an iconic Matich SR4 sportscar, a $4 million Porsche RSR, a McLaren M8F, and up to 30 pre-EH Holden ‘humpies’.

The 2017 Baskerville Historics will be the first edition since a resurface of the whole track was completed in March thanks to funds raised by the Baskerville Foundation.