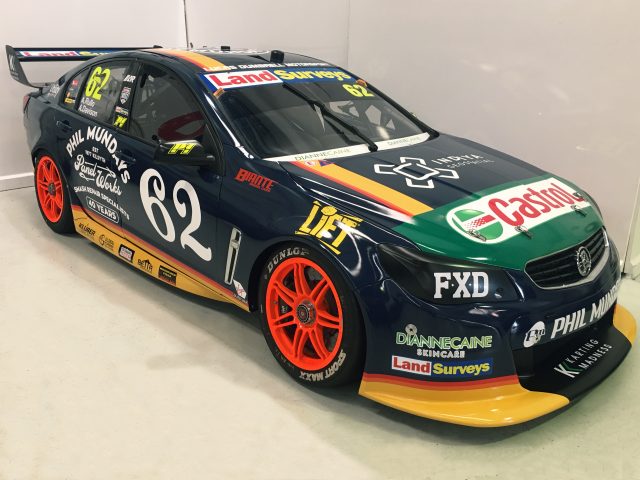 Lucas Dumbrell Motorsport has completed its retro look for this weekend’s Wilson Security Sandown 500 with the release of a new colour scheme for its #62 Commodore.

The entry driven by regular primary driver Alex Rullo and experienced co-driver Alex Davison will adopt a navy blue, gold and red design for the opening round of the Pirtek Enduro Cup.

In keeping with the retro round theme, the livery is throwback to the branding used by primary sponsor Phil Munday for his panel works business, which opened in 1977.

“I started in business when I was 19 with a small panel shop, this was my very first company logo. It’s hard to believe it was almost 40 years ago,” said Munday.

“Our livery is based around the 40 year anniversary this year, we have had some retro themed t-shirts made for all our long time staff who have worked with me over the 40 years.

“The design turned out so well we decided to carry it across to the retro round as it was a great celebration of the business.”

The 17-year-old from Perth is eagerly anticipating the endurance season and the opportunity to work alongside former Supercars full-timer Davison.

Davison will make a return to the enduros this year after sitting out the campaign in 2016.

“I’m definitely looking forward to the enduros. I think the endurance rounds provide more elements of the race, and I think we can use that to our advantage,” said Rullo.

“I’m looking forward to working with Alex again. Working with him has been great so far and I feel we have taught each other a few things along the way.”

The livery follows the release of a new colour scheme for the team’s sister Plus Fitness backed entry driven by Aaren Russell and Taz Douglas. 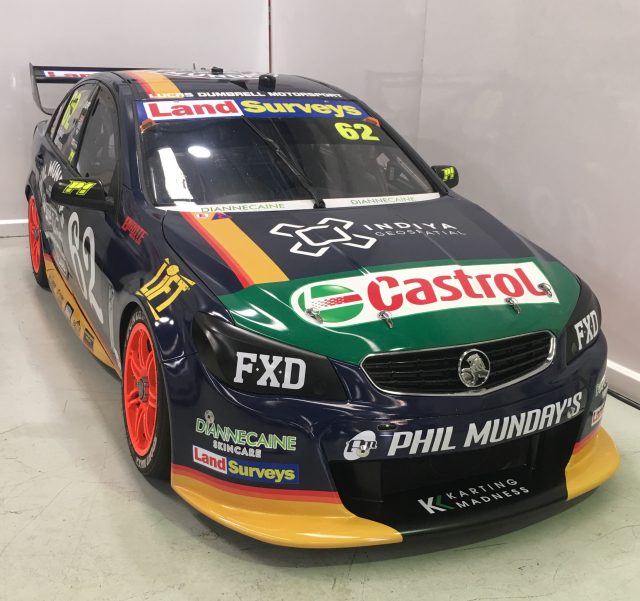 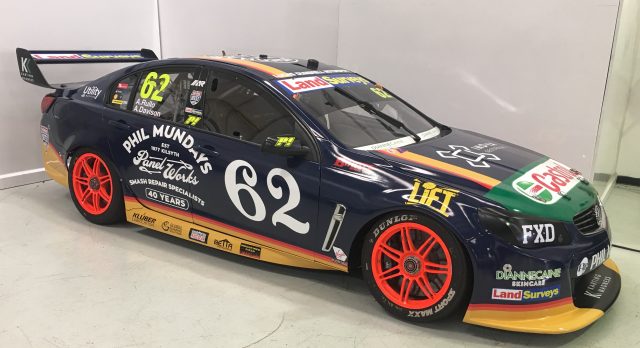