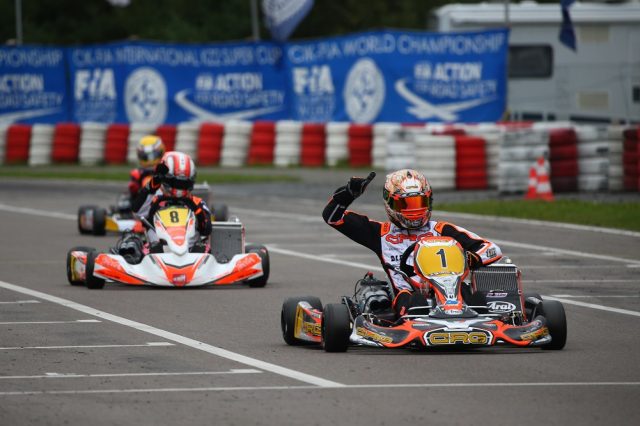 Two-time World Karting Champion Paolo de Conto will attempt to defend his Race of Stars title next month on the Gold Coast.

The now 25-year-old had arrived in Australia shortly after winning the Karting World Championship for the first time in 2016, and retained his crown with victory in Germany last weekend. 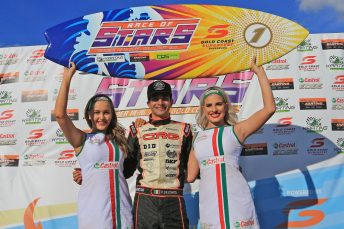 “Visiting Australia last year was an amazing experience. The racing was very good and I really enjoyed meeting so many great people,” said de Conto.

“Just like last year, my first race as World Champion is going to be in Australia. I’m very much looking forward to the Race of Stars again.

“The Gold Coast was very beautiful and I can’t wait to be back there next month.”

De Conto, who has been undefeated in all major international championships since last year’s Race of Stars, will again race with CRG Australia on the Gold Coast.

“Working with Paolo for the first time at last year’s Race of Stars was an incredible experience,” said team manager Darren King.

“His performance on the track was amazing but so too was the way in which he conducted himself off of it.

“He was a true professional and a great ambassador for not only the CRG brand but also the sport of karting.

“One thing that was really impressive was the fact that he was a real team player.  He helped everyone in our team and didn’t just focus on himself.

“Having come fresh from victory in the World Championship last weekend, he’ll come here determined to provide a fantastic performance for everyone on the Gold Coast.”

The Race of Stars will feature more than 200 drivers from around Australia, New Zealand, and the rest of the world, with more entrants to be announced closer to the event.

It will be held at Pimpama’s Xtreme Karting Complex on October 13-15 as part of the SuperFest events which build up to the Vodafone Gold Coast 600 (October 20-22).