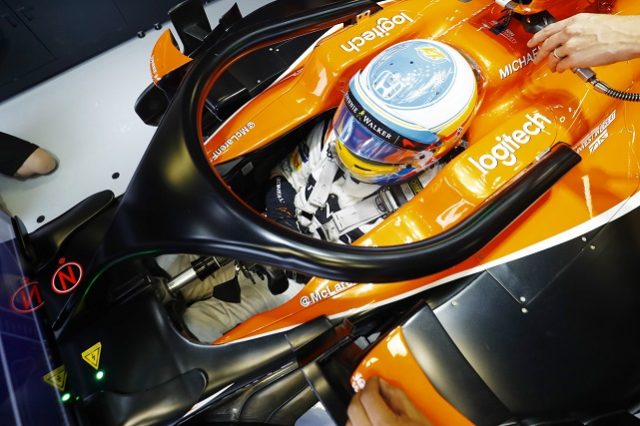 Teams are waiting for the FIA to confirm details of how the halo load test will be conducted before they can finalise the specification of their 2018 chassis.

Full details of the halo and the loads that the chassis mountings are expected to cope with have already been shared, but teams have not yet been told exactly how the push test will be applied.

This impacts how the loads will be distributed through their chassis, and the complication is that the test cannot be conducted with a real halo fitted, because it would fail before the chassis mountings.

It means the FIA must design a method to conduct the test that replicates the way forces are put through the chassis by the halo, but which involves higher loads than a real halo would withstand.

Several teams are working with the FIA to resolve the issue, but the delay has caused some frustration, especially for those whose level of resources mean that key design parameters must be frozen early.

“The actual halo that we’re going to run has been defined,” said Green.

“But the actual chassis that it bolts to hasn’t.

“To try to get a chassis to cope with the sign-off loads that the FIA have imposed is a challenge.

“The halo that we’re going to race can’t withstand those loads, so there’s no point in using it to do the load tests on the chassis, because the halo will fail first.

“So, you have to do it with something else, and that’s what we’re trying to define at the moment.

“Depending on what that something else is will change how you design the chassis, and how strong you need to make the chassis, because it delivers the load in a different way, depending on the geometry.

“At the moment we’re missing the details on that device, and it’s quite fundamental to the design of the chassis.

Force India has previously indicated the late call to make the halo mandatory had made it a race against time to get its 2018 car ready for next year’s first pre-season test.

To solve the testing problem, a virtual alternative may be used, with the FIA proposing to back-up a physical test with finite element analysis to model the loads on each team’s 2018 chassis.

Teams would provide their own data for inspection and approval by the FIA in what would be an unprecedented form of virtual testing.

This would probably be an interim measure, prior to a refined and fully physical test for 2019.

The plan will be discussed and potentially agreed in a technical regulations meeting next week.