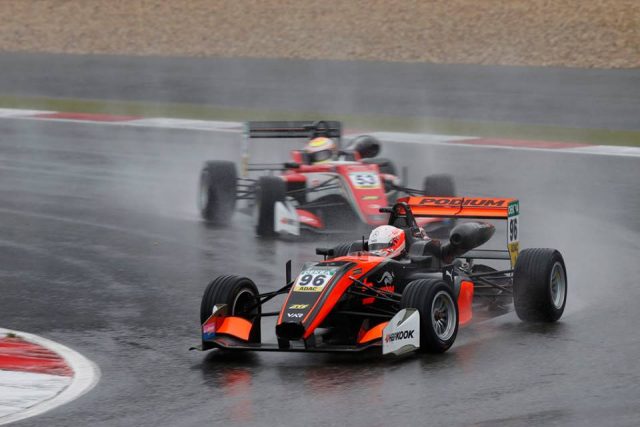 Australian Joey Mawson has achieved a first podium in the European Formula 3 Championship during Round 8 at the Nürburgring.

With Race 1 starting in the rain, Mawson rose from eighth on the grid to run fourth thanks in part to Sacha Fenestraz ramming Nikita Mazepin.

Mawson passed Callum Ilott after the resulting Full Course Yellow and then held out Ilott and Tadasuke Makino until the end.

The Sydneysider finished seventh in Race 2, but a Lap 1 hit with Makino saw the Van Amersfoort Racing driver finish the last race of the weekend in 20th.

“We started the weekend off with an absolute high,” said Mawson.

“It was such a big relief. I was so happy for the team, everyone at (Australian consortium) PODIUM, along with everyone who has supported me throughout the year.”

“The weekend was very positive, I really felt that I made a big step forward.

“I look forward to finishing the year off with a bit of spark and getting some good results over the remaining six races.”

Lando Norris bookended the weekend with race wins and Jake Hughes won for the first time in Race 2.

Norris now leads the title race by a sizeable 73 points with two rounds remaining, the next at the Red Bull Ring on September 23-24. 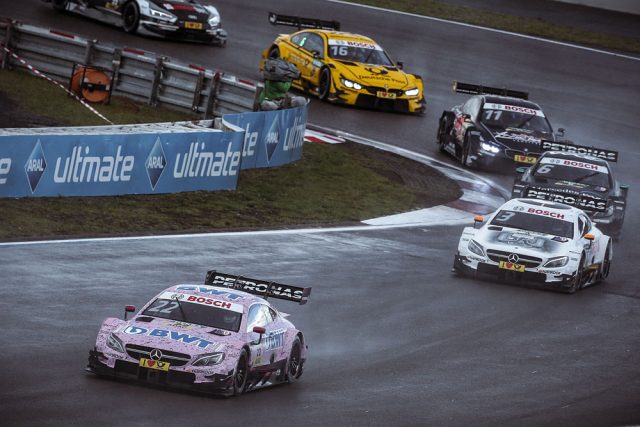 Mercedes has won both races in Round 7 of DTM at the Nürburgring, Lucas Auer taking out a weather-affected Saturday affair before Robert Wickens was victorious on the Sunday.

Rain made Saturday’s affair something of a lottery, with 11 of the 18 drivers pitting for slicks on a drying track before showers resumed.

Auer and Paul di Resta, among others, left their compulsory pit stops until later and hence only had to make one each.

Di Resta moved into the lead during their pit stop cycle, but let his championship contending team-mate Auer past on the final lap.

In Race 2, Wickens took the lead after the compulsory pit stops shook out and remained there until the chequered flag despite the best efforts of di Resta.

Auer finished 13th after a spin.

The Austrian trails championship leader Mattias Ekstrom (Audi), who had results of 15th and sixth, by nine points.

DTM heads to the Red Bull Ring for its second-last round on September 22-24. 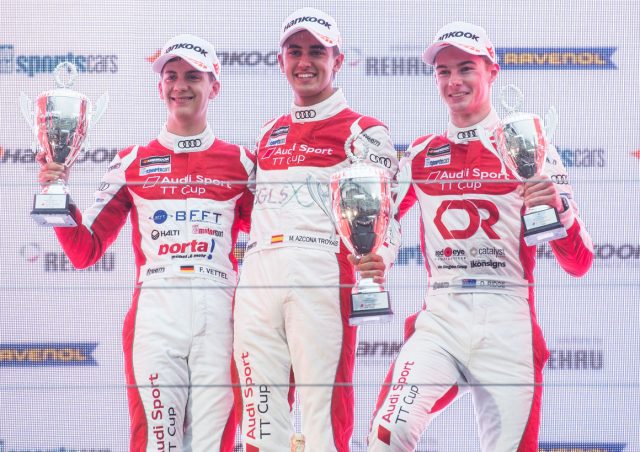 Central Coast teenager Drew Ridge has finished on the podium for the first time in Round 5 at the Nürburgring.

Ridge drove from 10th on the grid on the Saturday to finish third, before climbing from eighth to fourth on the Sunday.

Mikel Azcona took over the series lead after winning both races from pole position, making for five wins in the last six races for the Spaniard.

Philip Ellis dropped to second in the points after a Saturday DNF.

Fabian Vettel, brother of Sebastian, also got his first podium with a second placing in the Saturday race. 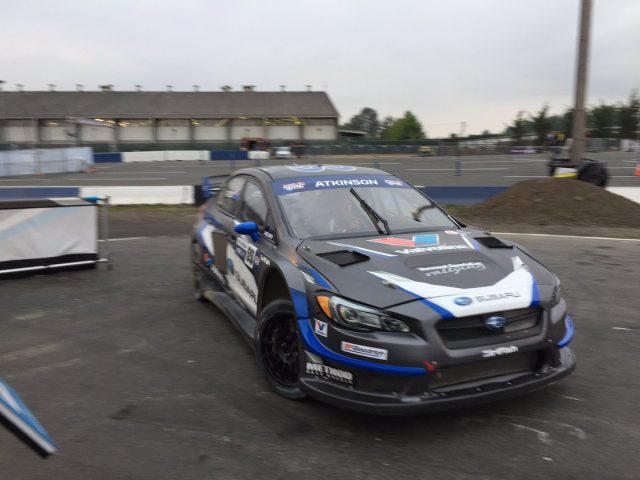 Tanner Foust has swept the Global Rallycross double-header in Seattle, with Chris Atkinson finishing third and then fourth in the finals.

Foust held out Volkswagen Andretti Rallycross team-mate Scott Speed on the Saturday, and then swept around the outside of him at the start of Sunday’s final to lead all the way.

Atkinson (Subaru Rally Team USA) won a heat and his semi-final on the Saturday, before going on to take a second career GRC podium.

Speed leads the championship by a healthy 38-point margin over Steve Arpin (Loenbro Motorsports) with one round remaining in Los Angeles on October 14. 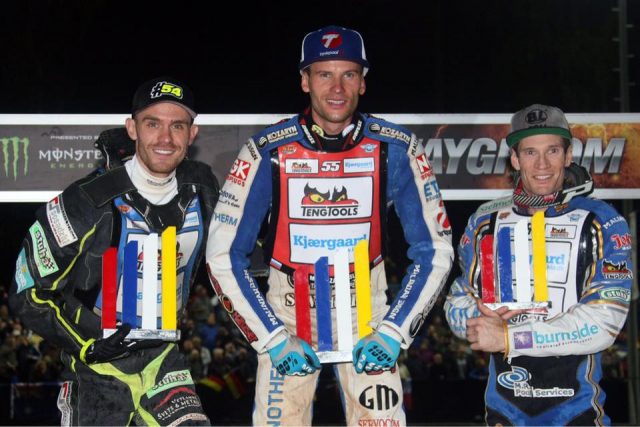 Jason Doyle has extended his Speedway Grand Prix championship lead with a third placing in the final in Teterow, Germany.

Doyle actually took the highest points haul of the night after winning four of his five heats, finishing second in his other heat and semi-final.

The Novocastrian heads nearest rival Patryk Dudek, who went out in the semi-finals, by 10 points.

“But like I keep saying, you can have one bad round and be out of it, so I’m just keeping level-headed and scoring the points.”

Sydneysider Chris Holder finished one position behind Doyle in the final after winning three of his heats.